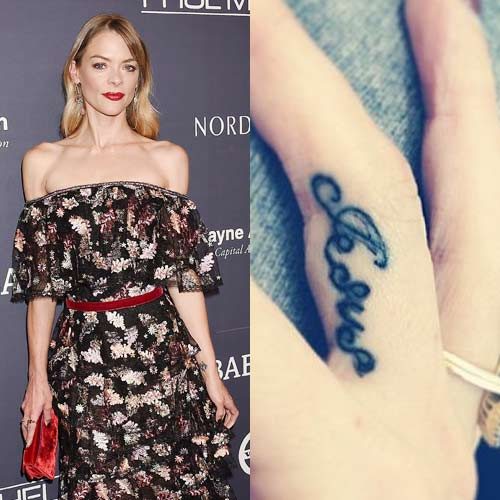 Jaime King has the word “Jesus” inked in cursive font on her right middle finger.

END_OF_DOCUMENT_TOKEN_TO_BE_REPLACED 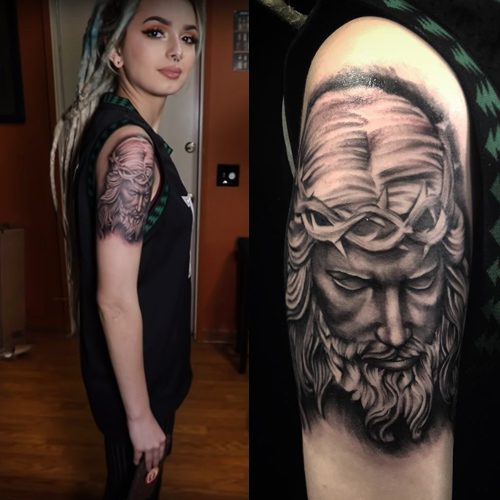 Zhavia Ward got the Jesus portrait tattooed on her right upper arm on June 2018 by tattoo artist Vanessa Aurelia.

END_OF_DOCUMENT_TOKEN_TO_BE_REPLACED 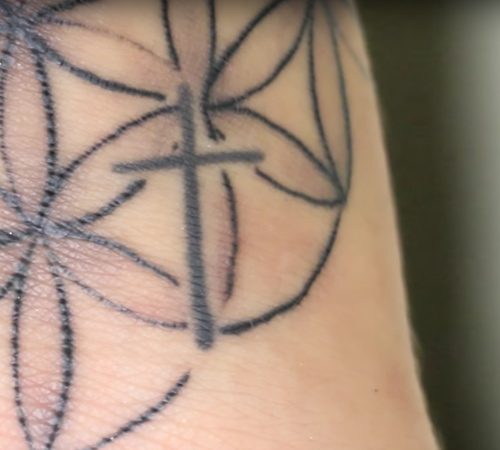 Vanessa Martinez’s second tattoo is a cross on her left wrist. The cross represents her Christian faith and her belief in Jesus and God. 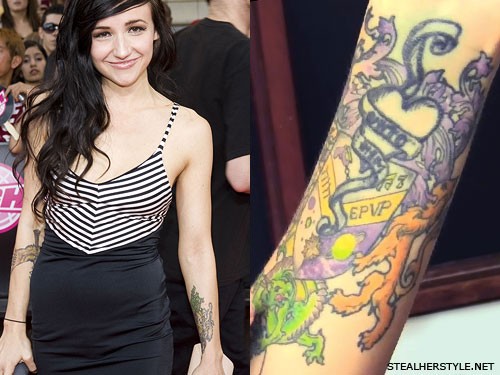 Rather than covering the old black ink heart and banner tattoo on her left forearm, Lights had it incorporated into a large and colorful new tattoo.  It is a coat of arms which she designed to represents different aspects of her life.   On the left side of the shield is Jesus’ name in Hebrew and and on the right side are the initials “EPVP” for her parents’ names Eric Poxleitner and Virginia Poxleitner.  Planets, a raygun, and music notes reflect her outer space alter-ego Captain Lights.  A lion and a griffin are on the sides crushing a dragon on the bottom.

END_OF_DOCUMENT_TOKEN_TO_BE_REPLACED 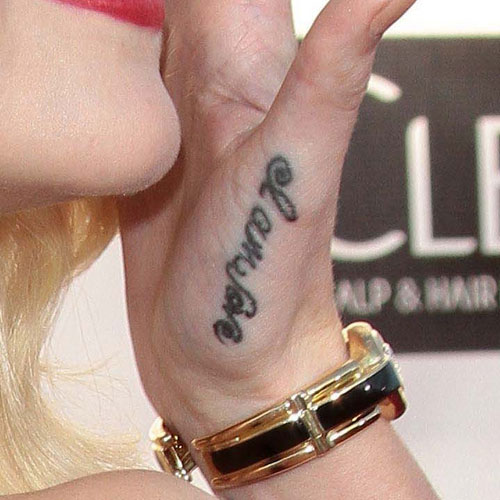 Jaime King has a tattoo on the side of her right hand which says “I am love.”

The tattoo has a hidden religious meaning.  She first tattooed “Jesus” on the side of her hand in thin letters before covering it up with “I am love.”  It seems to symbolize that Jesus’s love is under everything.  Not to be forgotten, she then tattooed Jesus’ name on the side of her finger.

Check out more photos of her original tattoo and the cover-up below:

END_OF_DOCUMENT_TOKEN_TO_BE_REPLACED 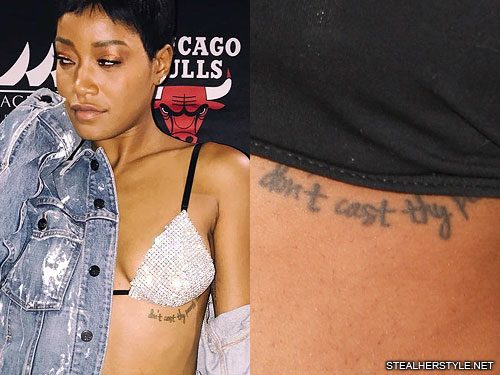 The tattoo on Keke Palmer’s ribcage says “Don’t cast thy pearls before swine.” This phrase is a quote from one of Jesus’ sermons in verse Matthew 7:6 of the Bible. END_OF_DOCUMENT_TOKEN_TO_BE_REPLACED 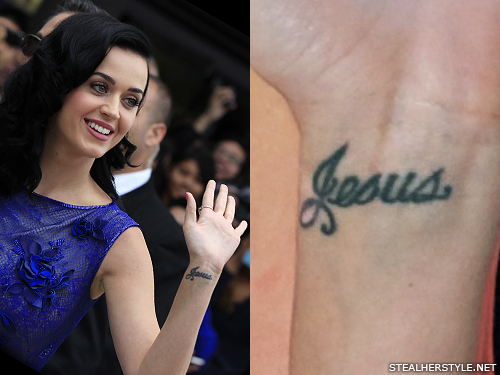 Katy Perry’s oldest tattoo is “Jesus” written on her left wrist, which she got when she was 18. Katy comes from a religious family and her parent are both evangelical ministers. She grew up listening to only gospel music and released her own gospel album under her real name Katy Hudson in 2001.

Katy got this tattoo as a constant reminder of her religious upbringing, which will always be a part of her. In 2009 she told Katie Couric “I knew I wanted this on me because no matter how much changes around me or how much I change, there’s not really an eraser for this.” She says that when she plays the guitar, “It stares right back at me. It’s like ‘remember, you came from this, and you can always go back to it.'”

Katy has not spoken much about her current religious beliefs, but it seems that this tattoo is mostly about how she has been shaped by her past. “I think I’m not exactly what I was born into, but I still have my roots,” she says. “I appreciate it, and I respect it to the fullest.” Katy has clashed with her religious parents over her partying and songs about kissing girls, but they remain generally supportive of her career. END_OF_DOCUMENT_TOKEN_TO_BE_REPLACED