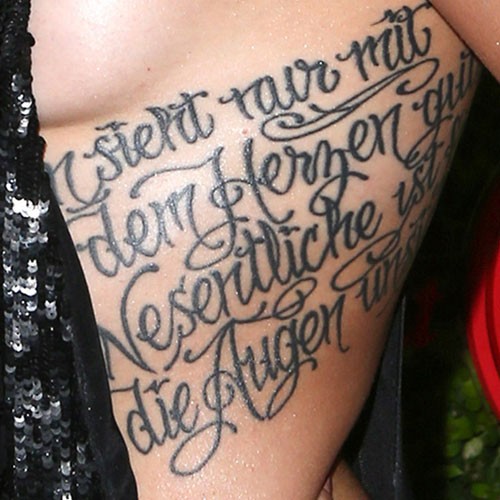 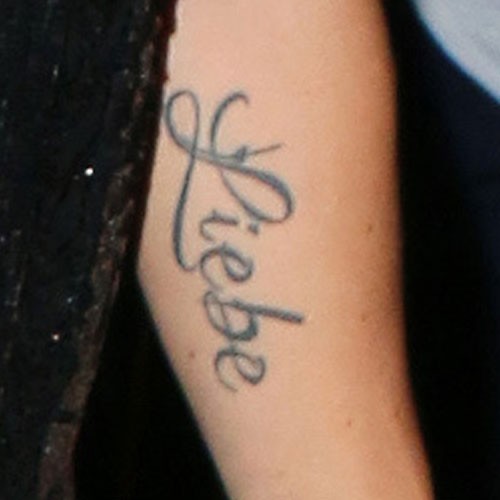 Ali Krieger has a tattoo on her left forearm which says “Liebe,” the German word for “Love.” She spent five years playing professional soccer in Germany and became fluent in the German language.