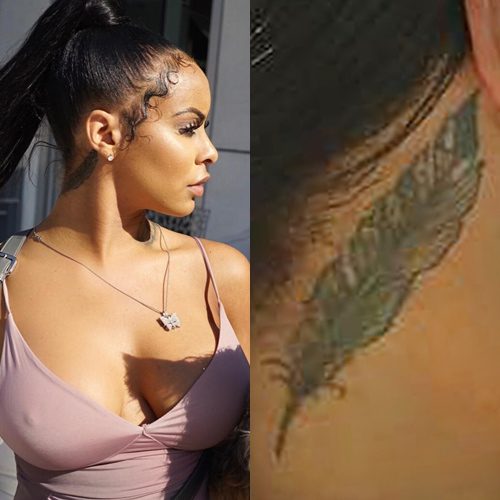 Alexis Skyy covered up her Willie tattoo with a feather. 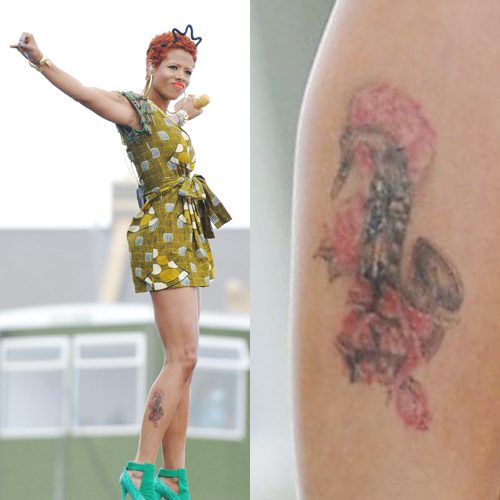 Kelis has a new saxophone tattoo on her right calf which she got to cover-up an old tattoo. 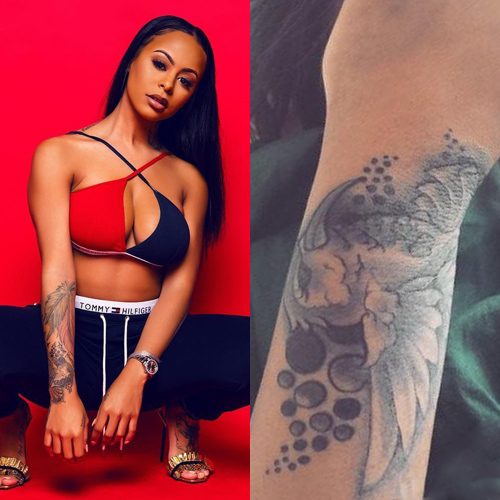 Alexis Skyy covered up the Mario tattoo on her right forearm with a bird and many bubbles. 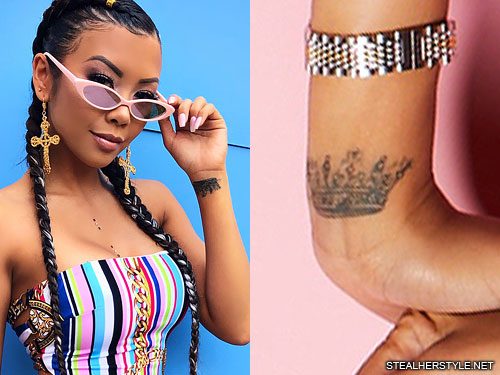 Liane V has a crown inked on her left wrist, covering up her old tattoo of Baybayin text 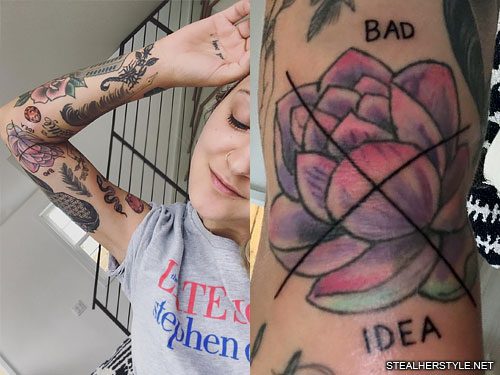 Julia Michaels has talked about how much she hated the lotus tattoo on her elbow, which she got the day than an ex-boyfriend dumped her. She thought it was poorly done and looked more like a “colorful artichoke.” So in July 2018 she had artist London Reese draw an “X” through it and added the words “BAD IDEA” with “BAD” above the lotus and “IDEA” below it. “Because it was. And he was,” she wrote.

END_OF_DOCUMENT_TOKEN_TO_BE_REPLACED 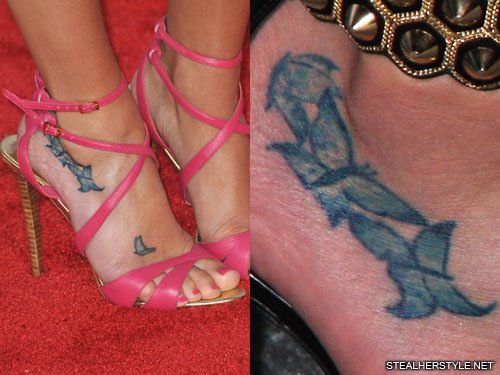 Lea Michele covered up the old “Our City, Our Love” tattoo on her right foot with three blue butterflies.

Kylie Jenner has moved on from Tyga and she’s got the ink to prove it.  The reality TV star inked a tiny “t” on her ankle in November 2016 after years of dating of the rapper, but only six months later the relationship and the tattoo had both been replaced.

While her relationship with Tyga was always rocky and on-and-off, it’s been smooth sailing with new beau Travis Scott.  They got their own pair of matching tattoos, butterflies on their ankles, in May 2017.

At the same time, she covered up Tyga’s initial and transformed the “t” (?) into an “LA” (??) for her hometown of Los Angeles, California.

The original tattoo was so tiny that she could have covered it with almost anything bigger — and perhaps she still will.  But for the meantime she needed a quick fix so she chose to keep it discrete and work with what she had. The lowercase cursive “t” already looked like an “l” so all she had to do was add on an “a.”

END_OF_DOCUMENT_TOKEN_TO_BE_REPLACED 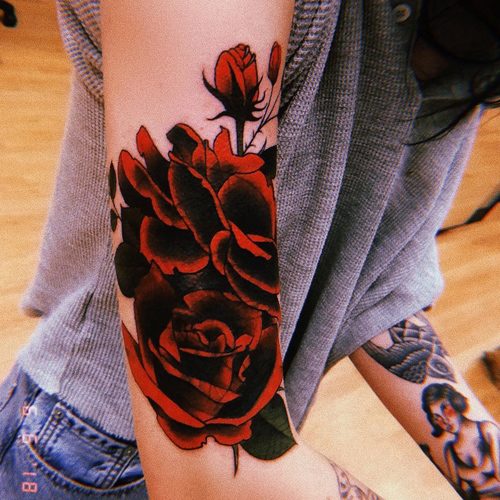 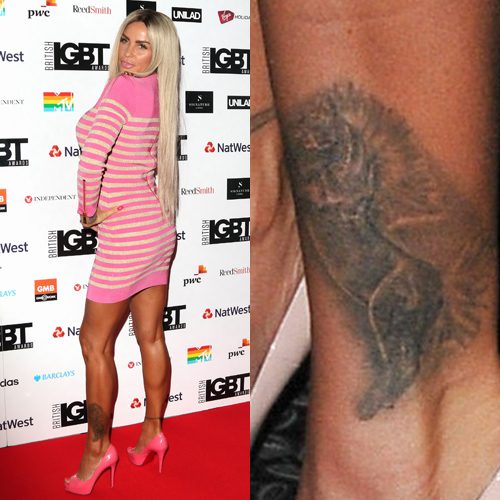 Katie Price covered up an old tattoo for her ex with a pony on her left ankle. 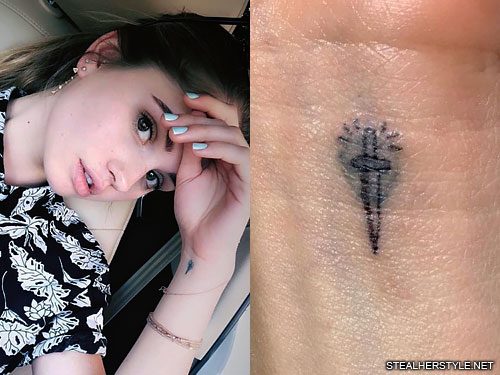 Debby Ryan got a hand-poked tattoo of a dagger on her left wrist during a late night tattoo session in January 2017. This designs sits on top of the old alien on her wrist, which was already very faded since stick-and-pokes don’t usually last as long as machine tattoos. Her tattooer Julia Laufer aka know_dice describes it as a “semi-cover up.”