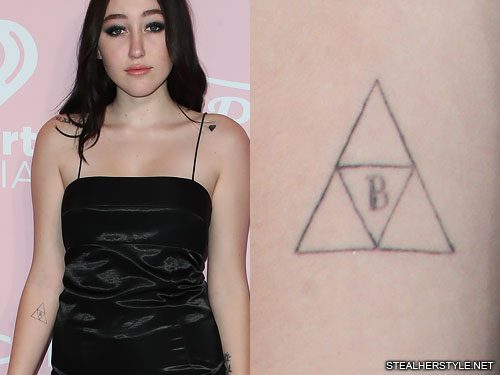 Noah Cyrus paid tribute to her older brother Braison by getting this tattoo of the triforce symbol from The Legend of Zelda video game series with his initial “B” in the center.  Braison has his own triforce tattoo with an “N” for Noah on his chest.  He got his tattoo back in April 2014 when Noah was only 14 years old.  She waited until she was 17 to return the favor!

END_OF_DOCUMENT_TOKEN_TO_BE_REPLACED 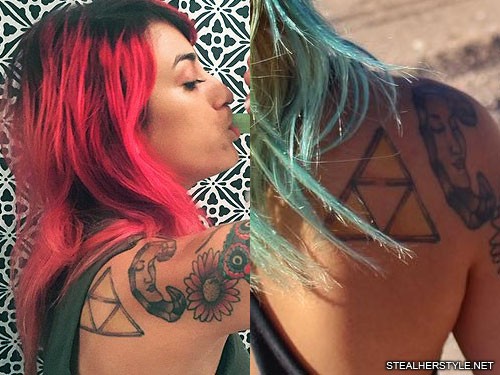 Anissa Rodriguez has the triforce symbol from the video game series The Legend of Zelda on her right shoulder blade. All of the members of Eyes Set To Kill have this symbol somewhere on their bodies. Sister Alexia Rodriguez has it on her foot. 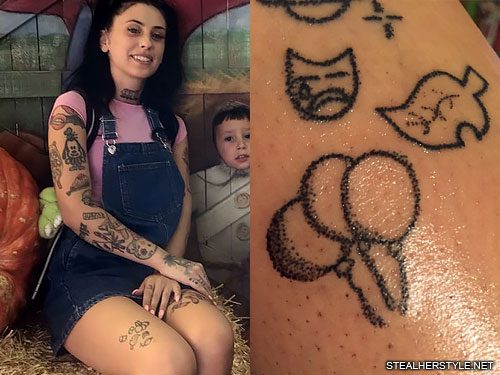 Kreayshawn shared this photo in September 2016 of some of the stick and poke tattoos that she has done on her own leg just above the knee.  Her simple designs included a planet, tragedy theater mask, the leaf logo from the Nintendo game “Animal Crossing: New Leaf,” and a trio of balloons.  “LOL Stick and pokes I been doing on myself! Someone get me a tattoo gun ?????” she wrote. END_OF_DOCUMENT_TOKEN_TO_BE_REPLACED 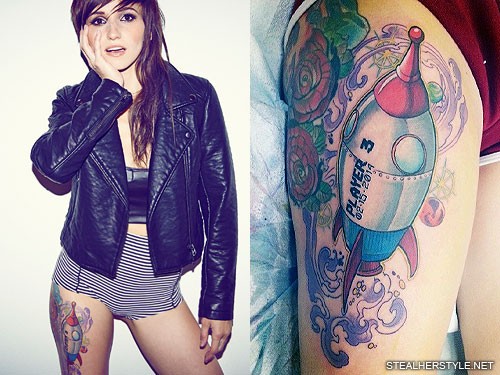 In May 2014, Lights got this tattoo of a retro-style rocketship as a tribute to her daughter Rocket Wild Bokan. It’s on her right thigh next to the portrait of her husband Beau Bokan. Written on the ship is “Player 3” to symbolize that Rocket is the third member of their family and “02-15-2014” for Rocket’s birthday: February 15th 2014.

END_OF_DOCUMENT_TOKEN_TO_BE_REPLACED 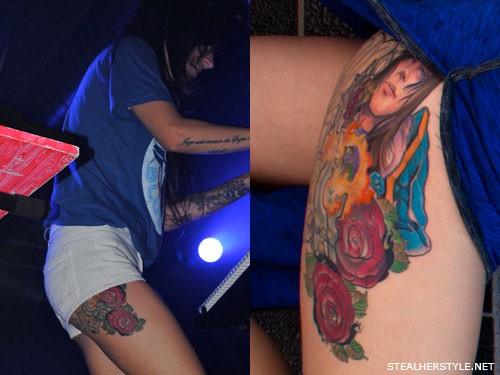 Lights has a colorful tattoo on her upper thigh of a World of Warcraft character surrounded by flowers.  “It’s a portrait of the alliance king from World of Warcraft, King Varian.  He’s like my celebrity crush.  I also kinda mutated his face to look like my fiancé [Beau Bokan].

END_OF_DOCUMENT_TOKEN_TO_BE_REPLACED 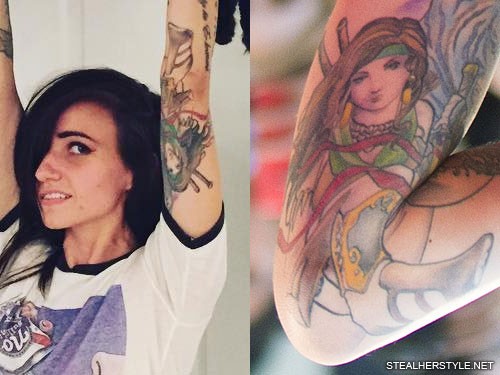 Lights has a tattoo on the inside of her upper left arm of a Final Fantasy-inspired female character.  “She’s kind of a beast master.  She looks a bit Final Fantasy-esque.  Another sort of female warrior empowerment thing that makes me feel cool and strong.” 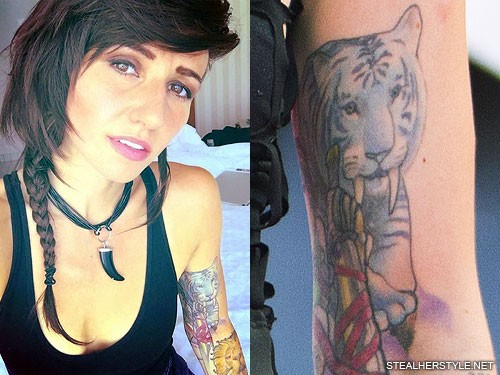 Lights has a tiger on her upper left arm which is colored in blue to mimic one found in the World of Warcraft games.  “This is like a Siberian tiger right here, which is also the spectral tiger mount from World of Warcraft, which is a rare mount which I don’t have.”

END_OF_DOCUMENT_TOKEN_TO_BE_REPLACED 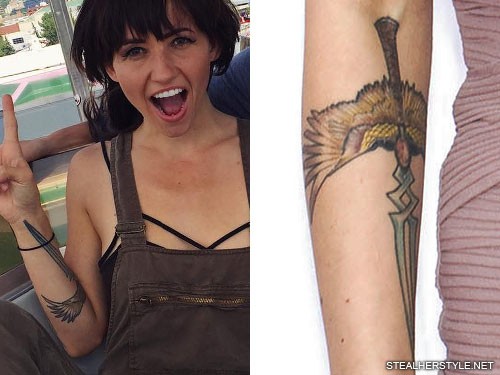 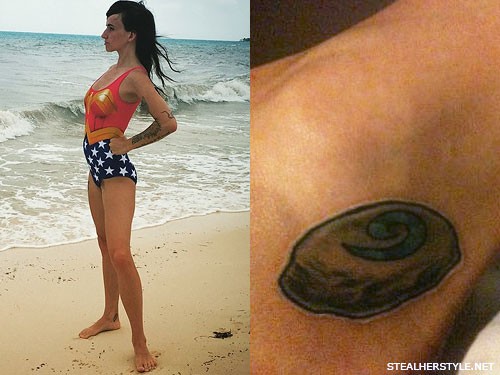 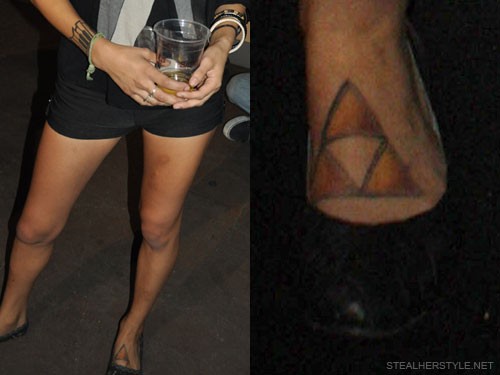 All of the members of Eyes Set To Kill have tattoos of the triforce symbol from the video game series The Legend of Zelda. Each band member got the tattoo on different body parts: Alexia’s is on the top of her left foot and her sister Anissa’s in on her back.