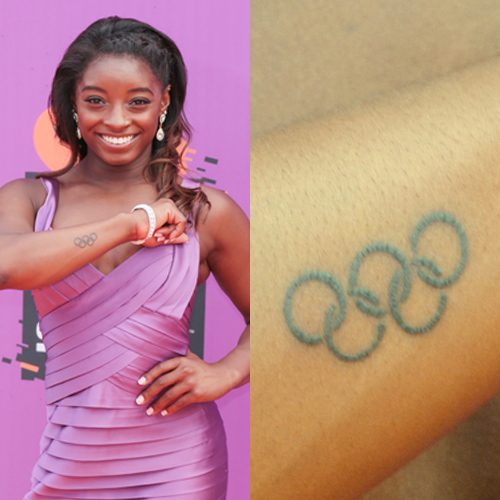 Simone Biles has a tattoo with the Olympic rings on her right forearm. 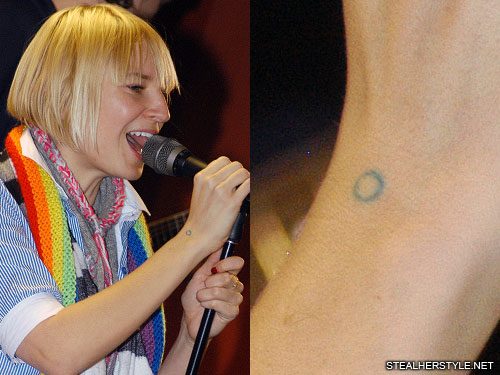 Sia has a small blue circle inked on the back of her right wrist which predates many of her other tattoos. She hasn’t talked about its personal meaning, but circles are often a symbol for eternity.

END_OF_DOCUMENT_TOKEN_TO_BE_REPLACED 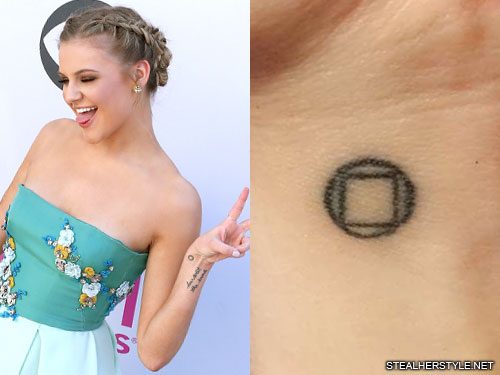 Kelsea Ballerini has a tattoo of a square inside a circle on her left wrist as a tribute to her song “Square Pegs” and its message of non-conformity. She told Ty Kelly and Chuck:

“My third tattoo is because of my song called ‘Square Pegs.’ The hook is ‘square pegs make the world go round’ and it’s about embracing what makes you different and knowing that flaws are not a bad thing. It’s what makes you who you are and embracing that. I got that tattoo in L.A.”

The feeling of not fitting in isn’t unique to Kelsea. She wrote this song trying to capture a universal feeling that everyone deals with sometimes, telling Radio Disney:

“A square peg, it’s someone who doesn’t necessarily fit in the mold of whatever normal might be. And I think we all have those moments of feeling like we don’t fit, like we’re the square peg….I’ve spent a lot of my life wondering where and how I fit, and I’m starting to find that there’s a lot of beauty in not fitting. I really wanted a song to capture that….Being normal can be a little boring sometimes. I think that being different is exciting.”

Many fans of the song have their own versions of this tattoo — including fellow country singer Levi Hummon. They got their tattoos together following their sold-out concert at the Troubadour in Los Angeles, CA on November 23, 2015. He told Mega Country:

“After the show we got very, very excited. I ended up getting a matching tattoo with Kelsea Ballerini. It’s currently on my hand. It’s actually her song, square peg in round hole.
And it’s about being a creative person, not being able to fit in necessarily, so I thought it related to me.”

Her makeup artist Meegan Pearson and some other members of her crew were also part of the matching tattoos.

END_OF_DOCUMENT_TOKEN_TO_BE_REPLACED 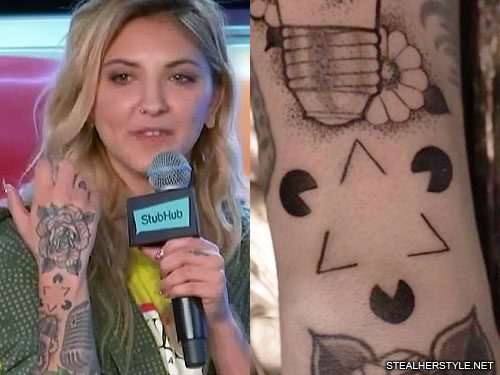 Julia Michaels has an interesting tattoo design on her right wrist consisting of three V-shapes and three circles. You can see two triangles in the negative space even though they are not fully formed. This optical illusion is why the design resonated with Julia. It represents the power of the human mind to see beyond what exists on the surface.

People like to make fun of me for it because they’re like ‘oh Pac Man!’ But this is actually a symbol for perception. It has two triangles and three circles, but nothing is actually fully formed. Even though the brain perceives it as whole, and it’s not, which I think is really interesting how you can perceive something as whole even when it’s not.

This design, called the Kanizsa triangle, is a famous optical illusion created by the Italian psychologist Gaetano Kanizsa in 1955.

END_OF_DOCUMENT_TOKEN_TO_BE_REPLACED 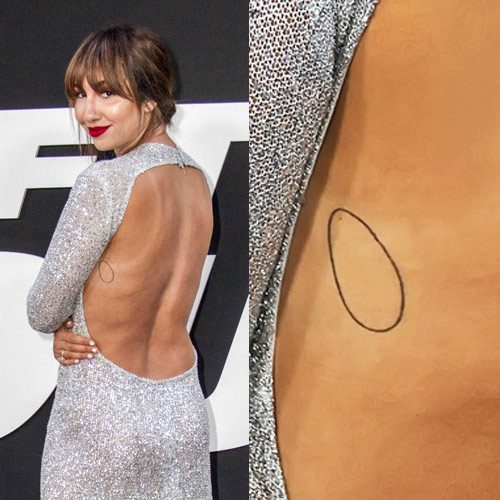 Jackie Cruz has an outlined circle ink on her left rib cage. 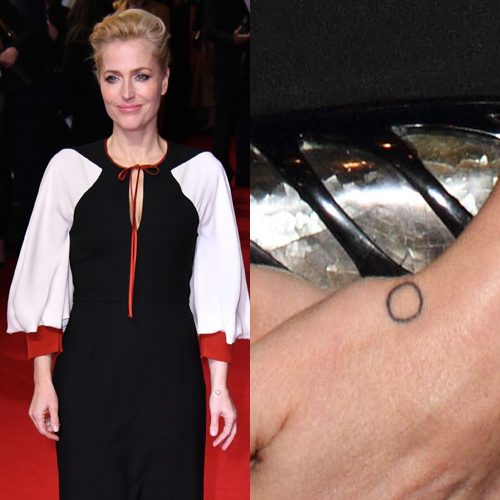 Gillian Anderson has a small outlined circle inked on her left hand. 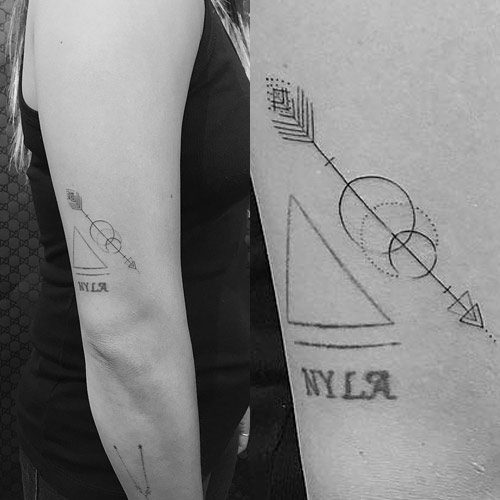 Jenna Ushkowitz added a triangle and one arrow with circles design above her elbow tattoo that says “NYLA”. 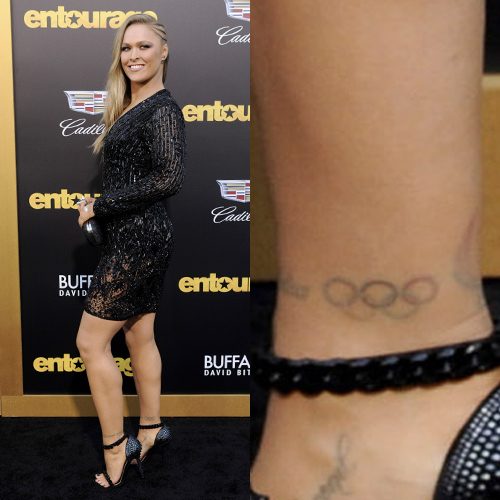 Ronda Rousey has the Olympic Rings inked on her left ankle. 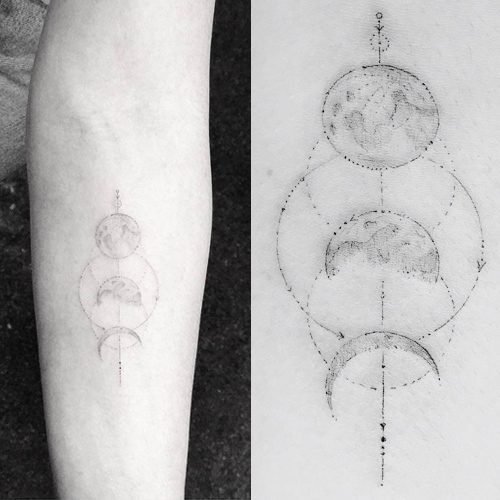 “Finally got Woo’d. The moon phases on the night of my birth and my babies births and the forces that bind us for life. Thank you @_dr_woo_ ???”