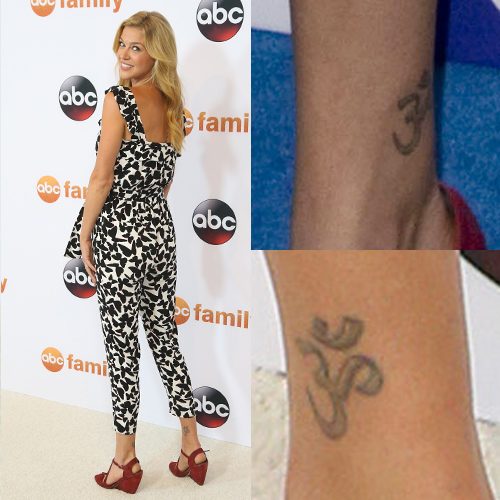 Adrianne Palicki has an “Om” symbol inked on her right ankle. This is a sacred symbol popular among yoga enthusiasts. 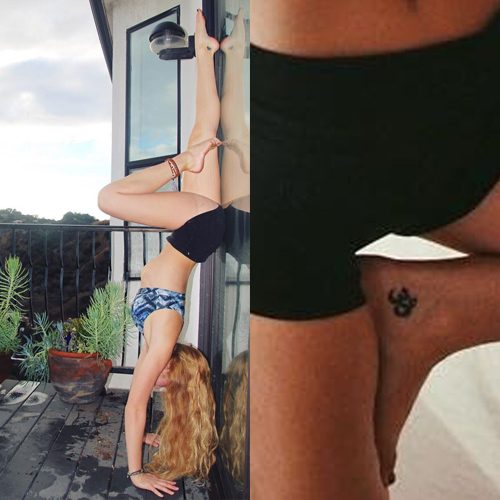 Alexandra Michelle had the om symbol (ॐ) inked on her left ankle. Om is a sacred symbol in Hinduism, Buddhism, and other Indian religions which represents the sound of the universe. In western culture, Om is primarily thought of in connection with peacefulness, mindfulness, and meditation. 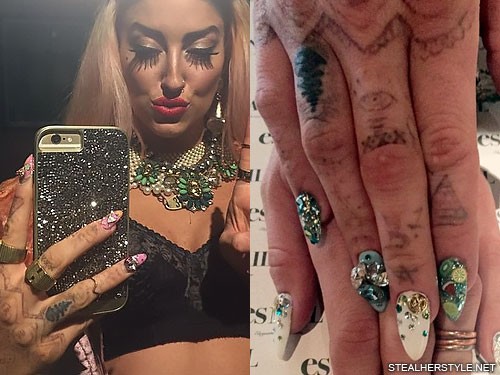 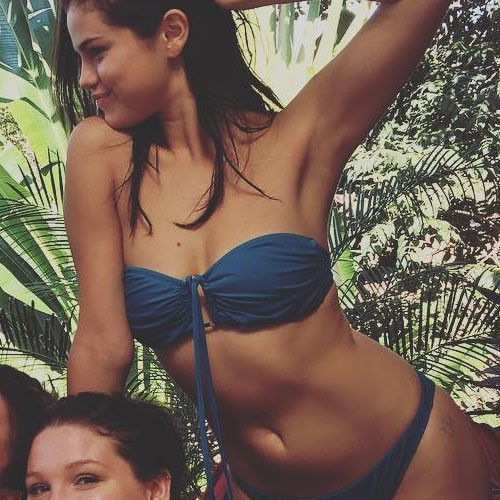 Selena Gomez has a tattoo on her left hip which is thought to be an om symbol (ॐ). Om is a sacred symbol in Hinduism, Buddhism, and other Indian religions which represents the sound of the universe. In western culture, Om is primarily thought of in connection with peacefulness, mindfulness, and meditation.

Selena’s stylized design looks different than the more tradition versions of the Om symbol; hers almost looks to say “x31”. It is drawn with thin lines that make it similar to her other dainty inkings.

It was first seen when Selena went to the beach in September 2015, but Selena has a knack for hiding tattoos from the public. No one knows exactly when she had the tattoo done. 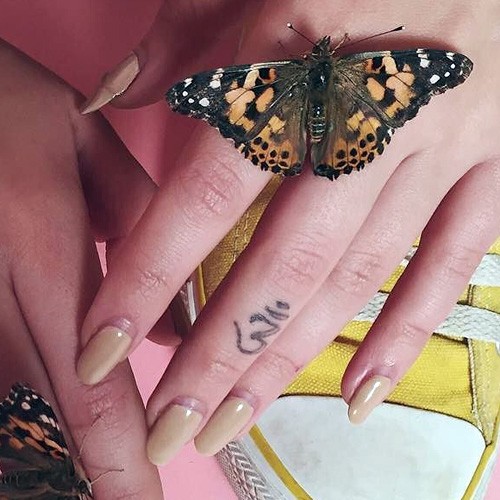 Kali Uchis has the Om symbol tattooed on her left hand middle finger knuckle. The OM is a mantra in Hinduism, Buddhism and Jainism, a spiritual symbol for soul and spirit. 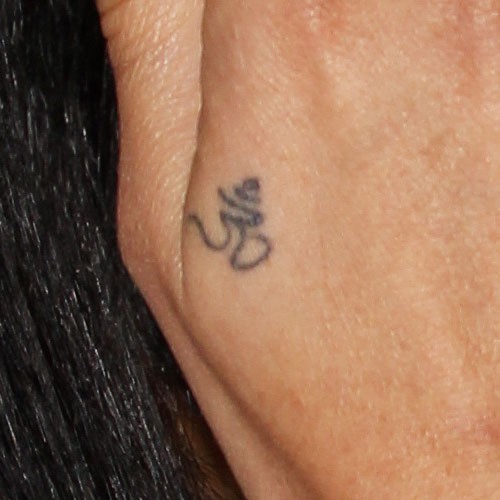 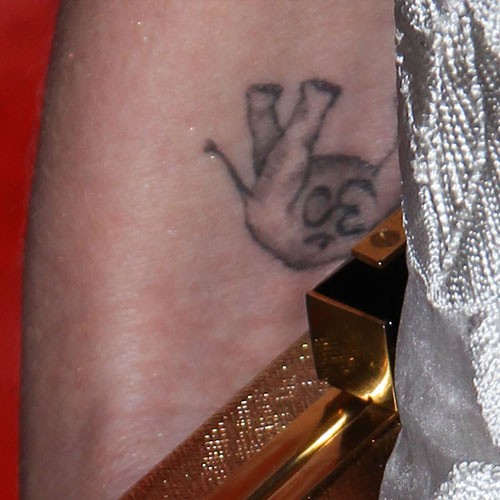 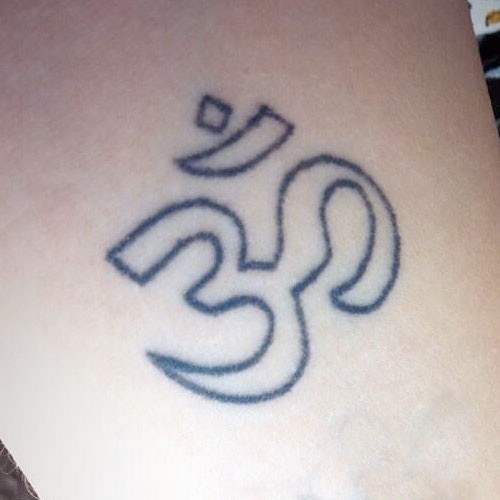 Halsey got this tattoo of the Om symbol on her arm in August 2013 as a matching tattoo with her boyfriend at the time who was Buddhist. She told Noisey:

“It’s to promote harmony and balance, and I think I kind of need that. I’m a person of duality, for sure. I’m biracial—my dad’s black, my mum’s white—I’m bisexual, I’m diagnosed with bipolar disorder, and I’m a Libra, which means I’m the scales. So I got this as an attempt to gain some sort of harmony.”

Om is a spiritual symbol representing the sound of the universe in Buddhism as well as in Hinduism, Jainism, and other Dharmic religions. At the time Halsey saw her tattoo as a respectful tribute to these cultures, but now she has some concerns that it is an appropriation. In a private message to a fan @cherriesnwine she explained that she plans to cover it up at some point in the future:

“I got it when I was 17 with an ex boyfriend who was Indonesian and a practicing Buddhist. At the time (I was in love) I thought it was more of a cultural sharing experience. However I have full intentions of covering it up. For multiple reasons… Haha.”

END_OF_DOCUMENT_TOKEN_TO_BE_REPLACED 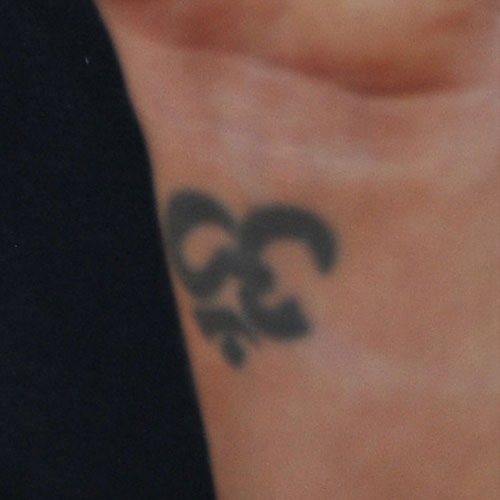 Alyssa Milano has a tattoo on her left wrist of the “Om” symbol (ॐ). It represents a sacred humming sound in Hinduism, Buddhism, and other Dharmic religions. 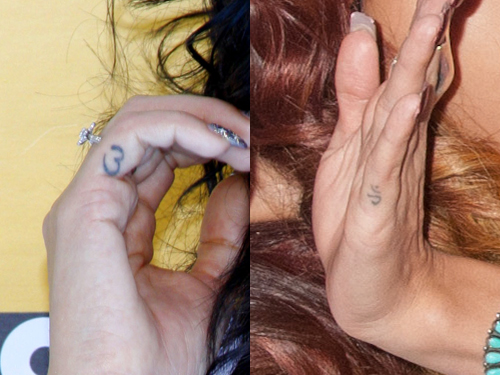 Vanessa Hudgens has an tattoo of the om symbol (ॐ) across both of her hands — half on one pinky finger and half on the other. Om is a scared mantra in Hinduism and other Dharmic religions which is said at the beginning of prayer. Vanessa chose this unusual placement so that the tattoo comes together when she puts her hands in a praying or meditating position.

She told Access Hollywood that she got the tattoo “so I can spread positive energy” and that she can “bring it together to center [myself].”

Artist Bang Bang did the tattoo in September 2011. Her friend Ashley Tisdale got her foot tattoo at the same time.