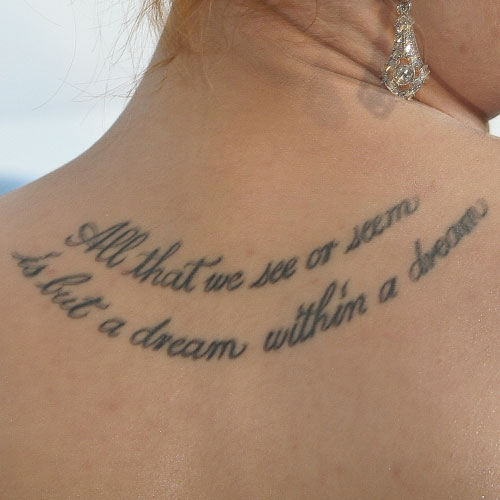 The tattoo on Evan Rachel Wood’s back reads “All that we see or seem is but a dream within a dream,” from Edgar Allan Poe’s poem “A Dream Within a Dream.” 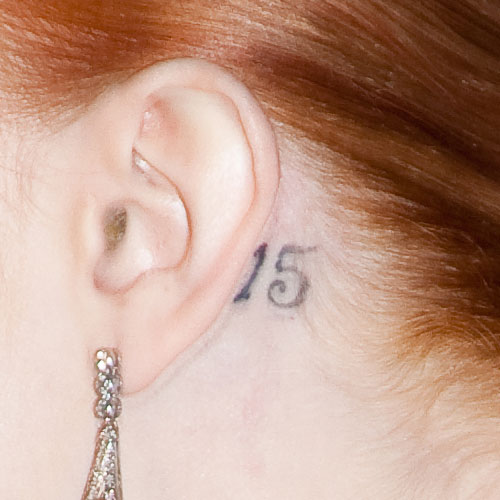 Evan Rachel Wood has a number “15” tattooed behind her ear which is a matching tattoo with ex-boyfriend Marilyn Manson.

Evan Rachel Wood has a letter “J” tattooed on her left ankle for ex-boyfriend Jamie Bell.“We had matching tattoos because we knew our love would last for ever. Trouble is, it didn’t, things happened, we split. But I don’t regret the tattoo. It reminds me of a great, great period in my life,” she says. 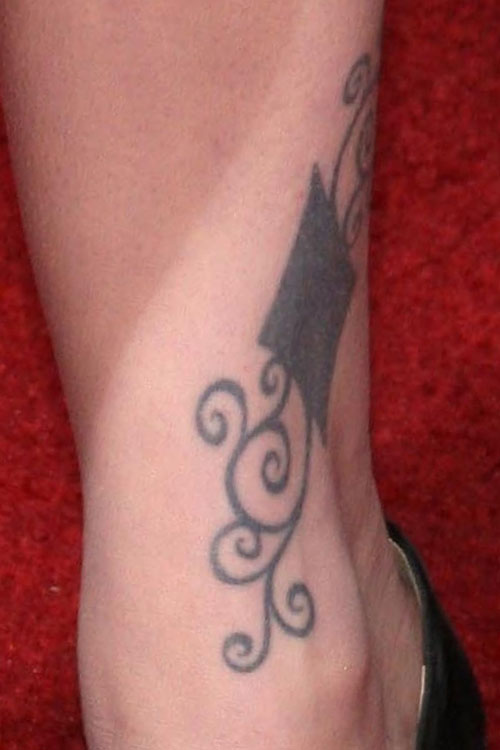 Evan Rachel Wood has a diamond and swirls on the inside of her right ankle, covering up a previous tattoo. It’s inspired by the songs “Shine On You Crazy Diamond” by Pink Floyd and “Lucy In The Sky With Diamonds” by The Beatles.

Her original tattoo had the same theme but was more ambiguous. It was a combination of a strawberry and a bird with a tiny diamond next to it, representing The Beatles songs’ “Strawberry Fields Forever,” “Blackbird,” and “Lucy In The Sky With Diamonds.”  She got the tattoo after acting in the musical film Across the Universe based on the music of The Beatles. However the tattoo was too detailed for its small size.  She told People “Nobody can figure out what it is. It’s supposed to be a strawberry with leaves in the shape of a bird, but everybody says, ‘Is that a ferret sticking out of an apple?'”

With the cover-up she narrowed it down to just one theme and went for a clear and obvious shape.