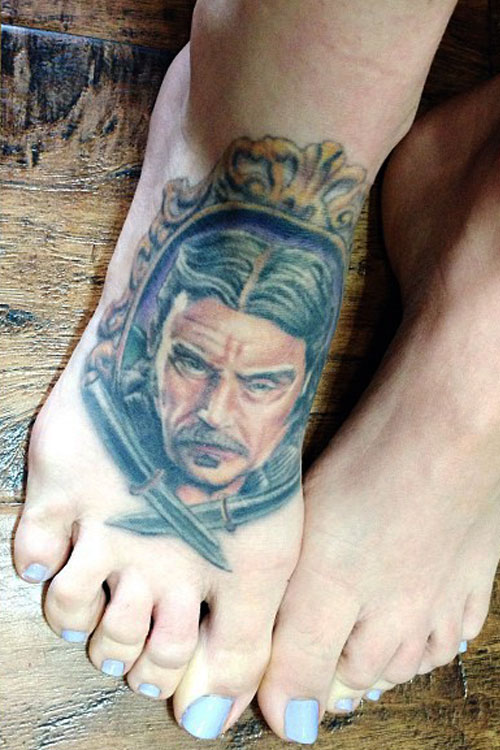 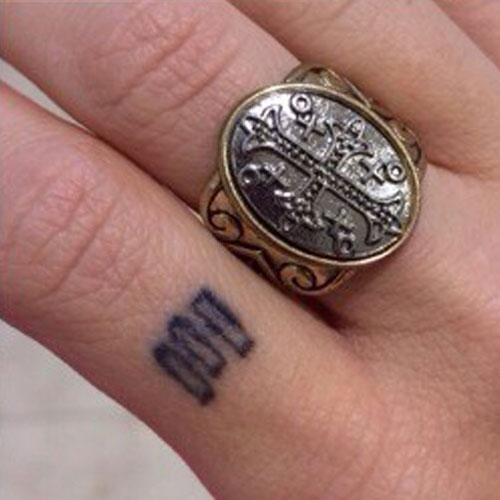 Bunny Meyer has a tattoo on her right index finger which is identical to Johhny Depp’s knuckle tattoo. “I have always been a big Johnny Depp fan,” she explained in a video. “Ever since I was little I saw this tattoo on his finger. I’ve always loved it. Three is a lucky number for me.” She has had this tattoo since April 2011.

Having a “copied” tattoo is somewhat controversial but Bunny says “I know that some people are going to think this is stupid. But I didn’t get this tattoo for other people, I got it for myself…It’s something I’ve always wanted and something I’ve always loved. I don’t regret it. I love it.”

She likes it’s placement on her knuckle because “it’s like permanent jewelry. It’s like a ring that I never have to take off.” 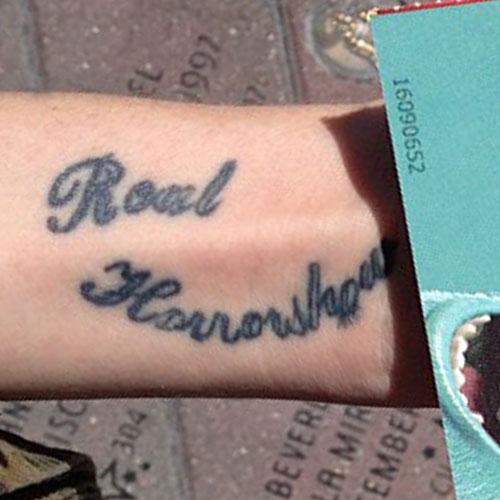