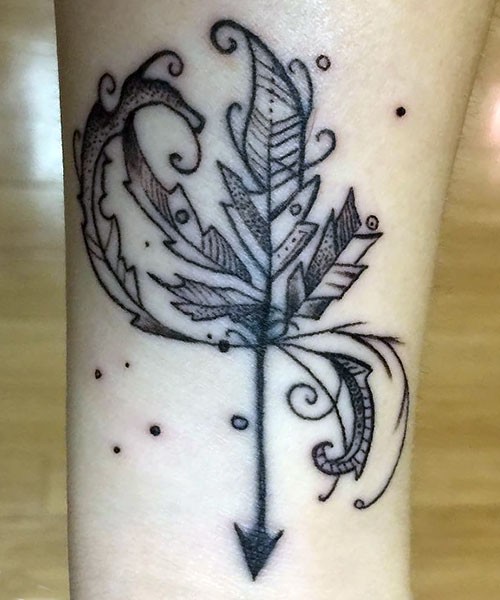 Ashley Rickards had her arrow tattoo redesigned by artist Luc Suter in October 2015. He added leaves, swirls and dots to what was previously just a simple arrow. “New ink!! Thanks @lucsuter for bringing this to life!” she wrote on instagram. 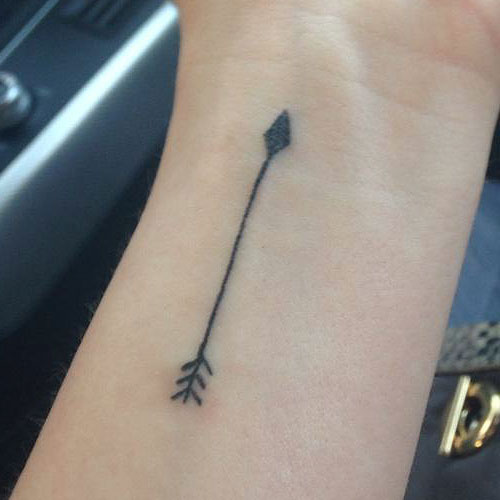 Ashley Rickards got this arrow tattoo on her left wrist in August 2014. She tweeted: “New tat: arrow -‘sometimes you have to be pulled back to go forward’ thank you (u know who u r) for the idea :)” 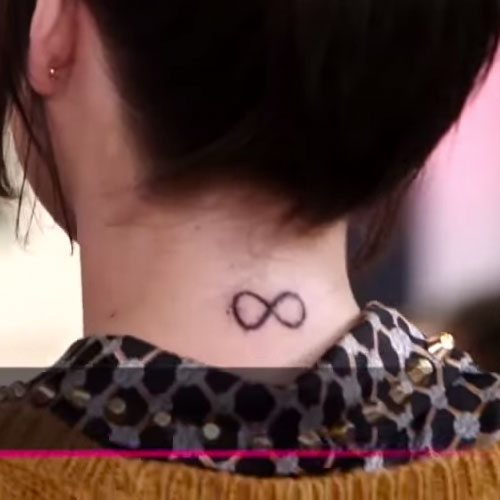 Ashley Rickards’ first tattoo was this infinity symbol on the back of her neck. She got the tattoo in October 2013, when she was 21 years old, but she had thought about it for many years beforehand. “I’ve wanted that since I was 14,” she told PopSugar.

The specifics of the design were impulsive though. “I called my friend and I was like ‘I think I need to get a tattoo!’ So I just met him and we went to the tattoo place and there were four people in there that I didn’t know…So you look up the image and pick it out…and I literally told the strangers to pick out — because there’s a million types of ways you can do it — and I told them, I’m like ‘pick it’ and they picked it.”