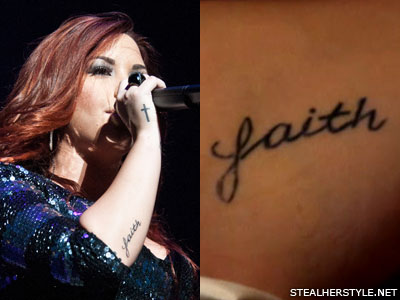 Demi Lovato tattooed the word “faith” on her right arm, below her elbow, in December 2011. This is a matching tattoo with her friend Lauren Martin, whom she met in treatment at Timberline Knolls.

Demi’s father isn’t a fan of her tattoos and she has a history of getting tattoos without telling him. She didn’t tell him about her “faith” or finger tattoos. However she plans to keep getting more tattoos despite his disapproval. When asked if she was thinking about a new tattoo, Demi responded “Always! I’m like ‘what can I get next’ and my dad’s like ‘nooooo!’…He does not approve of them.” 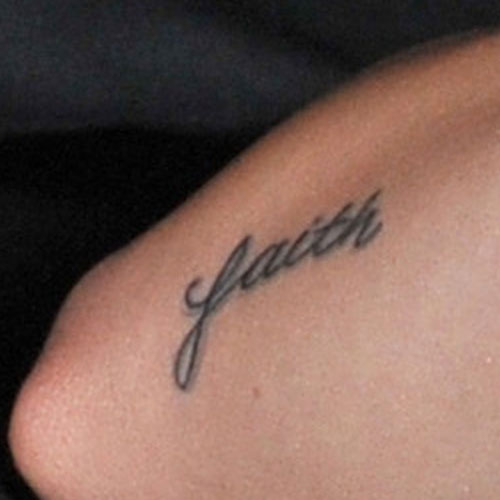 @ddlovato stronger and stronger. And tattoo and another. Lmao the middle is really tan and I love it pic.twitter.com/WBlgoeWyZQ

am i the only one who loves this tattoo so much ? @ddlovato pic.twitter.com/9uREnabWlT

Demi right after getting her faith tattoo done with the girl she met in treatment. #demirare pic.twitter.com/uDzNeGeV90

I hope to get the same tattoo as @ddlovato when I turn 17 or 18 pic.twitter.com/Qd1caL0mpG 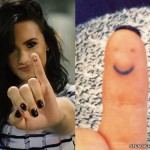 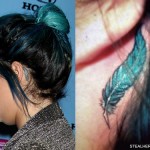 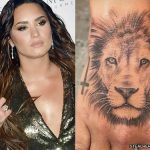 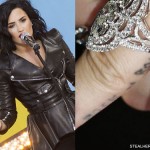 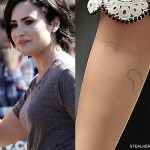 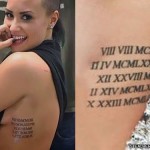