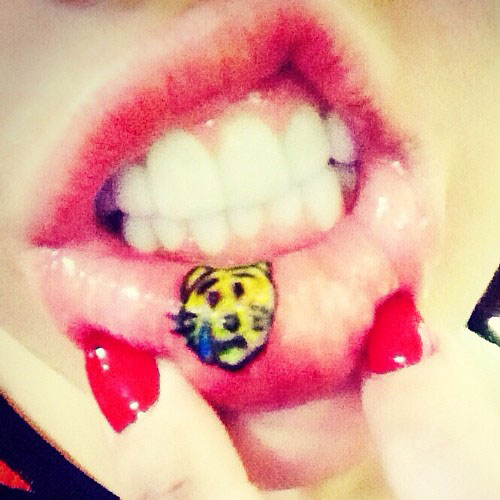 Miley Cyrus got a tattoo a yellow crying cat on her inner lip in March 2014 while on her Bangerz Tour. The ‘sad kitty’ motif first appeared at 2013 American Music Awards, where she performed her song “Wrecking Ball” in front of a video of a crying cat. Her backdrops for the Bangerz Tour featured cats and other animals which were designed by Ren & Stimpy creator John Kricfalusi. “Our whole tour is literally based on animals,” she told MTV. “His art is driving a lot of the tour.” 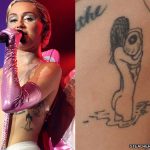 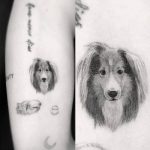 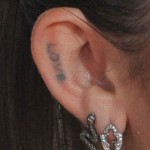 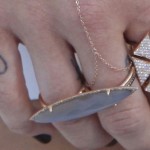 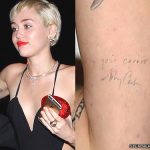 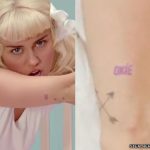