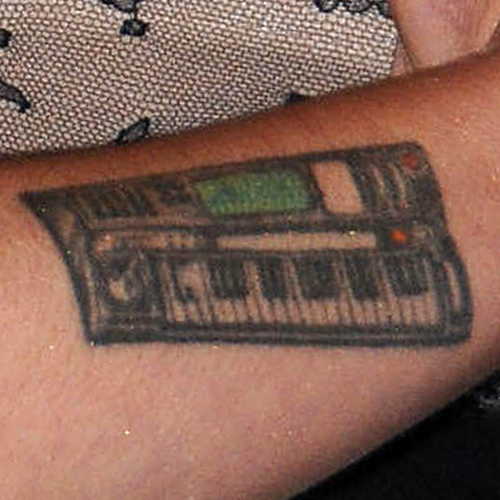 The keyboard tattoo on Kelly Osbourne’s right arm is one of her most regrettable. She has struggled with drug and alcohol addiction and was drunk when she got this tattoo.  While Kelly has come to hate most of her tattoos over time, she regretted this one instantly — but she pretended to like it so that her mother wouldn’t be mad! “I think [tattoos] can look good but when you get some big fucking keyboard on your arm, that’s when they’re ugly,” she said.  “I was so fucked up when I got it, the next morning I woke up and thought, what’s this on my arm? But I thought the only way I wouldn’t get a massive telling off from my mum was to own it. I was like: ‘Look how cool this is, Mum!’ But really I thought, ‘Why did I do that?'”

So why did she get it in the first place?  She told Access Hollywood “I can’t play the piano.  And I have a keyboard because I liked Moogs [synthesizers] because I went through my weird 80s phase…Even though it’s really beautifully done and it’s cool, it has absolutely no relevance to me and it’s stupid.”

She has been getting laser tattoo removal on this and many other tattoos, though parts of the tattoo are still visible.

I did the crime I am now doing the time! #NoPainNoGain! ? 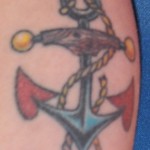 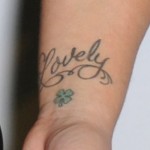 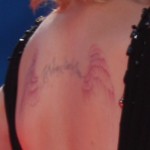 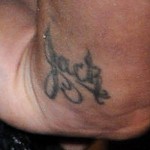 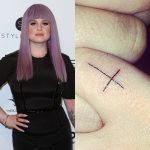 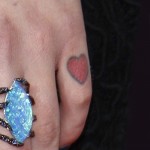