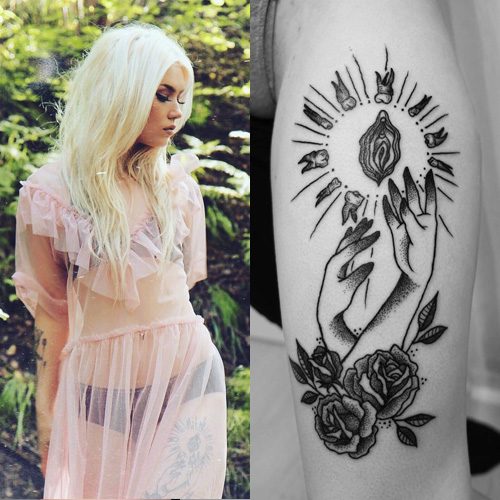 Ängie has a tattoo with a pair of hands, roses and a vagina surrounded by teeth on her left thigh. 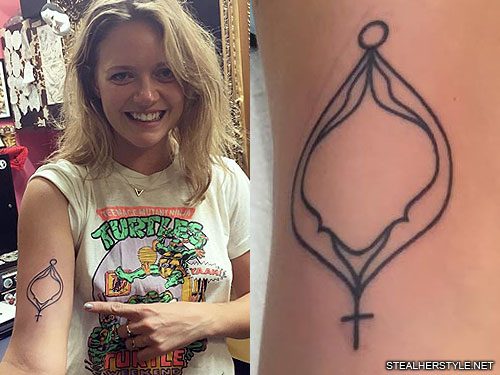