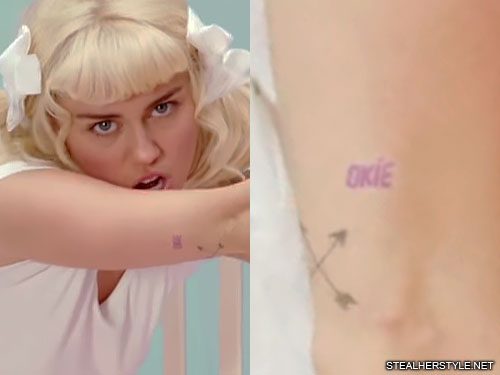 The pair stopped by No Regrets Tattoo in Oklahoma City on September 10, 2015. Wayne and Miley both got the tattoo in the same spot on the back of their upper right arms, just above the elbow. Their tattoos are an interesting color which seems to be a mix of red and purple ink. END_OF_DOCUMENT_TOKEN_TO_BE_REPLACED