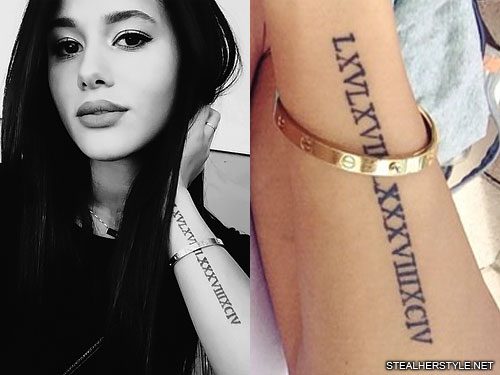 Katy Elise Henry has a long roman numeral tattoo along her left forearm which says “LXVLXVIIILXXXVIIIXCIV”.  Though all of the digits are strung together on her tattoo, it represents four different numbers: “LXV” for 65, “LXVIII” for 68, “LXXXVIII” for 88, and “XCIV” for 94. We believe that this tattoo represents the birth years of her family members, with 65 and 68 for her parents Tawnya Nelson and Derick Henry, 88 for her older sister jewelry designer Tanaya Henry who was born in 1988, and 94 for her younger sister Gabrielle Henry.  However Tanaya’s is the only birth year that we can verify. 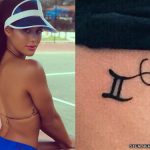 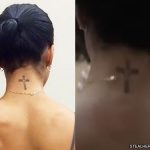 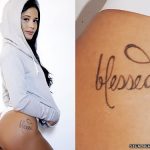 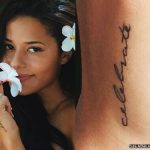 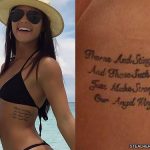 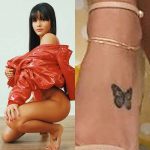