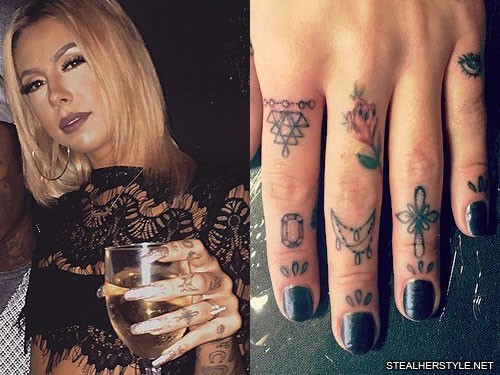 Lil Debbie has an almost complete set of knuckle tattoos on her left hand. On her index finger is a row of circles or beads, a triangular geometric design which covers her faded pink woman symbol tattoo, and an emerald-cut jewel. On her middle finger a flower covers her faded yellow lightning bolt tattoo and her other knuckle has a beaded jewelry design. On her ring finger is a budded cross and on her pinkie is an eye. Five of the tattoos were done in one session in November 2014, while the jewel and the row of circles were added in January 2015. All were done by Rebecca Sophia. 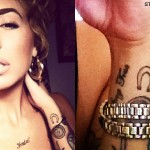 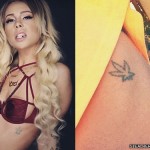 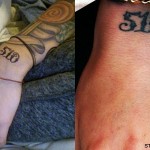 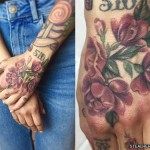 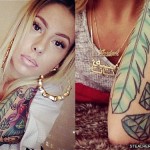