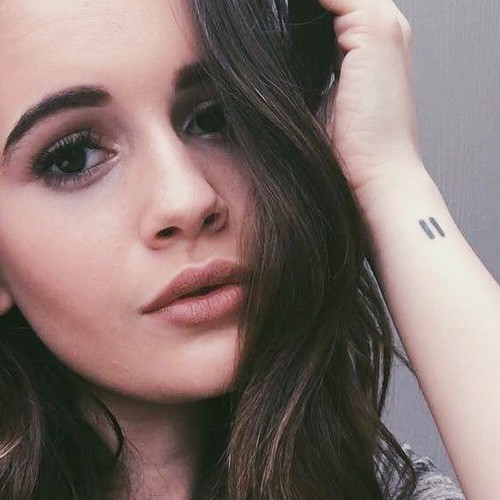 Bea Miller has a tiny tattoo of an equal sign on her left wrist in support of gay marriage and equal rights for all people.  She had the tattoo done on July 25th, 2015 — the same day that the US Supreme Court invalidated local bans on gay marriage therefore making same-sex marriage legal in all 50 states. “Thought it was the perfect day to get this tattoo #LoveWins” she tweeted.

Her parents are two lesbian women and Bea has always been a staunch supporter of LGBT+ rights. “I have two moms, gay uncles, lesbian aunts and many LGBT friends. I will always happily support all of them ❤️,” she tweeted.

She was only 16 when she got the tattoo and has advised her fans to wait until they are 18 to get tattoos so that they can get inked by the best quality artists. Two years after getting the tattoo, she posted new pictures showing how thick the lines had become and wrote “Like forreal that glo up is ridiculous. Don’t get tattoos when ur 16 kids…it’s hard to find someone good who will tattoo you underage.”

thought it was the perfect day to get this tattoo #LoveWins pic.twitter.com/pGQGOC5pyD

like forreal that glo up is ridiculous ?? don't get tattoos when ur 16 kids pic.twitter.com/64HPIklyOf

lol everyone keeps saying this. i just meant it's hard to find someone good who will tattoo you underage https://t.co/QV4uuJzkPf

it's an equality sign i got on the day gay marriage was legalized nationwide ☺️ it also sometimes looks like pause ? https://t.co/tFDtcNmE2v

I love how I lost followers when I made the equality sign my picture. Good. If you hate gay marriage, I don't want your follow anyway. 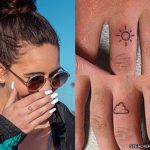 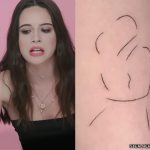 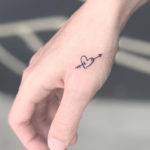 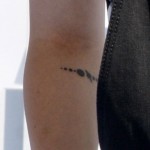 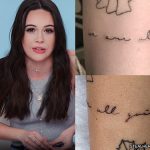 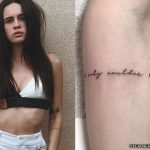