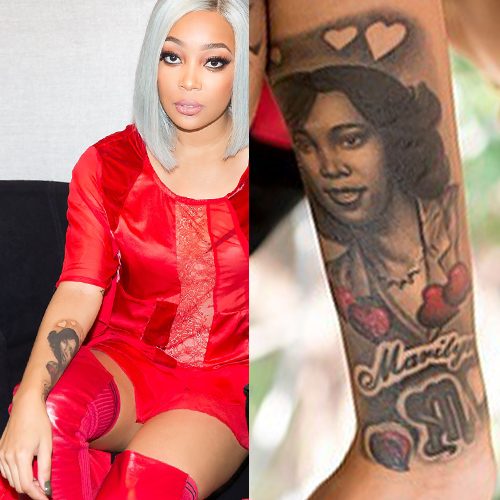 While in Miami on vacation in May 2017, Monica visited artist Luke Dyson at The Lab Tattoo and got a portrait of her mother on her right forearm. She already had her mom’s name “Marilyn” on her wrist so she placed her mother’s face just above it. “This is one of my favorite pictures of my mother from 1982. She isn’t a body art person. She will surely tell me I’m nuts. LOL I’m overjoyed at the turn out!! Exactly like the pic. SHE really is EVERYTHING to me,” she wrote on her instagram. 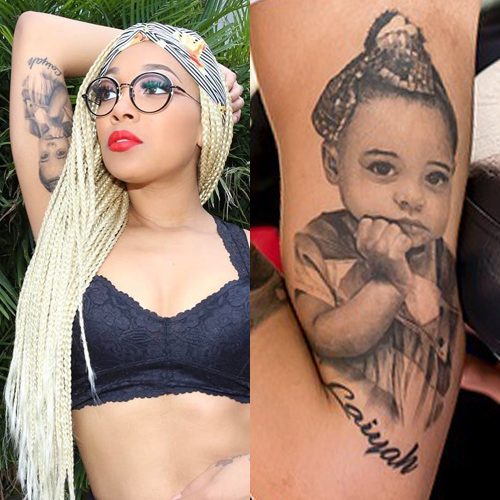 When Monica gave birth to her first daughter in September 2013, she already had a few tattoos for her two sons. She got this portrait of her daughter Laiyah Shannon Brown on her right bicep in January 2017, when Laiyah was three years old, forever immortalizing her toddler photo. The realistic image was inked by artist Luke Dyson at The Lab Tattoo in Miami.