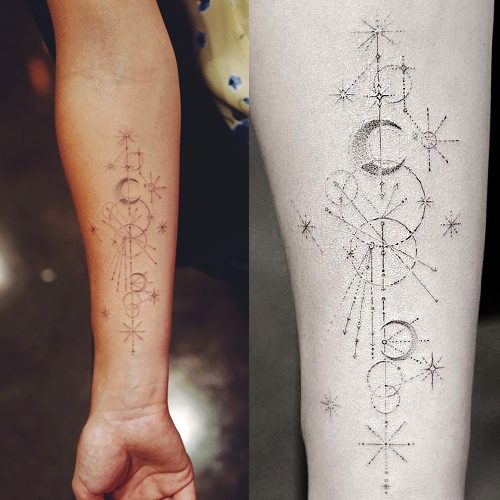 Olivia Wilde has a galaxy design tattoo on her right forearm. 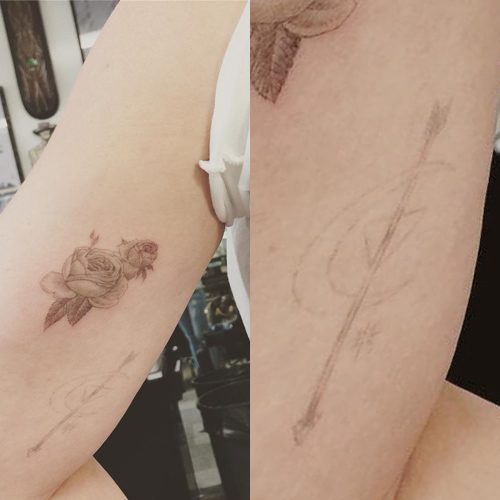 Hilary Duff has a tattoo inside her right bicep with a crescent moon and star and a triangle cut by a pointed down arrow. 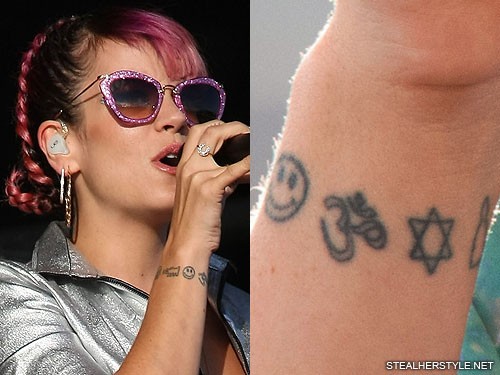