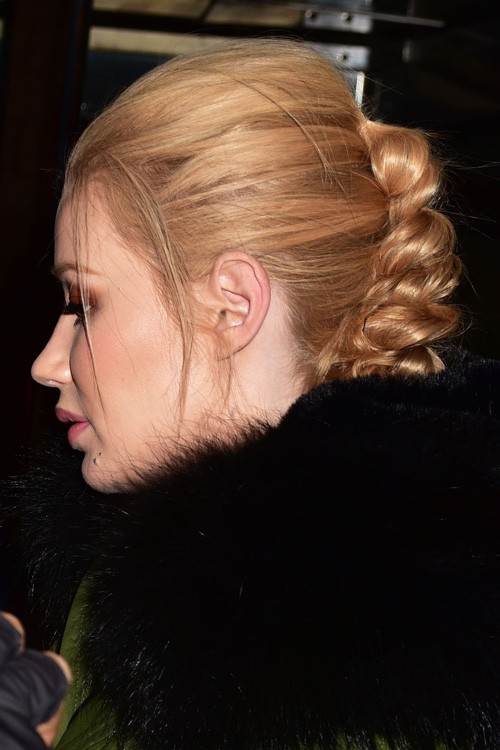 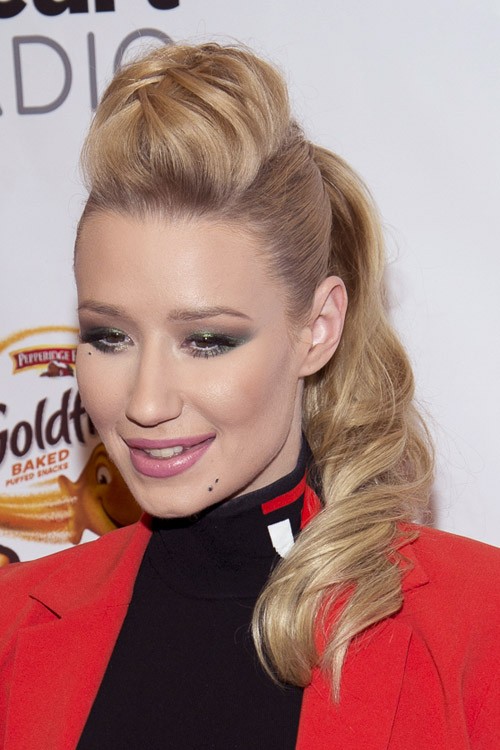 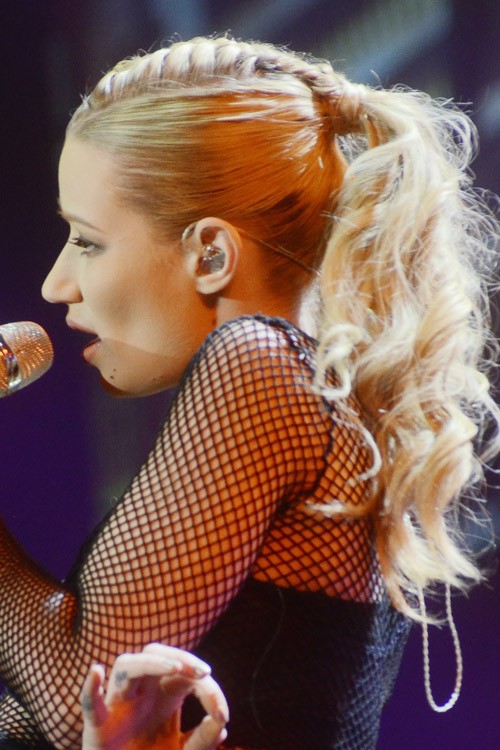 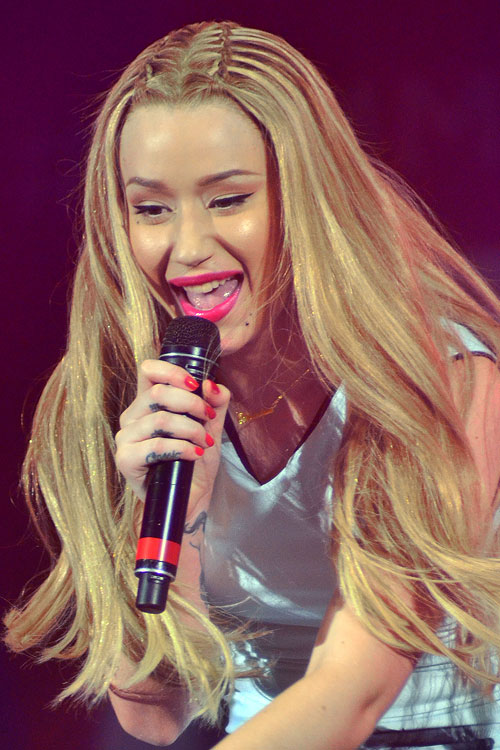 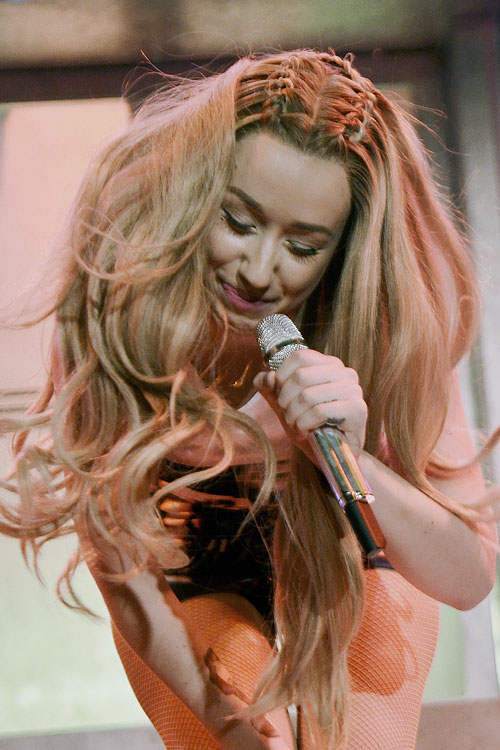 Iggy Azalea had two french braids on the top of her hair for her concert at The House of Blues in Chicago, IL on April 27, 2014