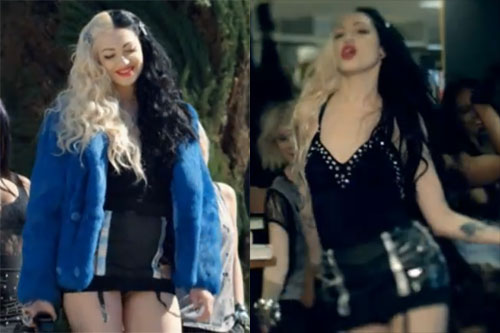 You might have heard of Porcelain Black already — the 25-year-old Detroit native, whose real name is Alaina Beaton, began releasing music on MySpace years ago under the name Porcelain and the Tramps. At that time she was known for her neon-colored hair and scene queen style, but now she has evolved into a more rock and roll image with a more pop sound, describing herself as a cross between Marilyn Manson and Britney Spears.

The rock/pop dichotomy is apparent in her debut single and video “This Is What Rock N Roll Looks Like” featuring Lil Wayne (watch the video). The song is produced by RedOne, the producer behind many of Lady Gaga’s hits, and mixes catchy pop beats with Alaina’s gruff vocals and rock attitude. This is the first of four posts where I’ll be breaking down all of the looks from the video, identifying some of the exact pieces, and showing you how to get an inspired look.

Porcelain Black first walks into the video with her black and white Cruella de Vil hair in curls pinned back with barrettes. She wears a puffy bright blue fur coat which she later takes off to reveal an embellished bodysuit and a mini skirt with clear vinyl side panels and garters. 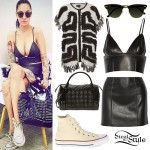 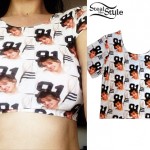 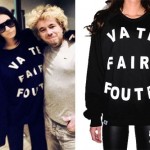 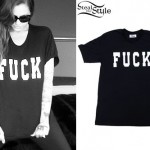 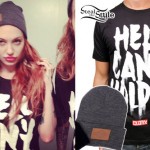 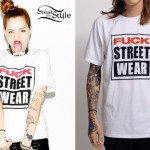 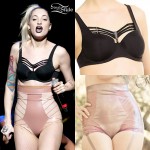 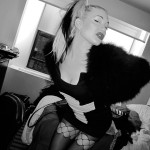 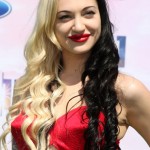 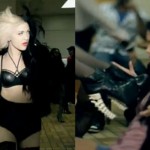 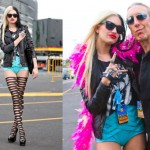