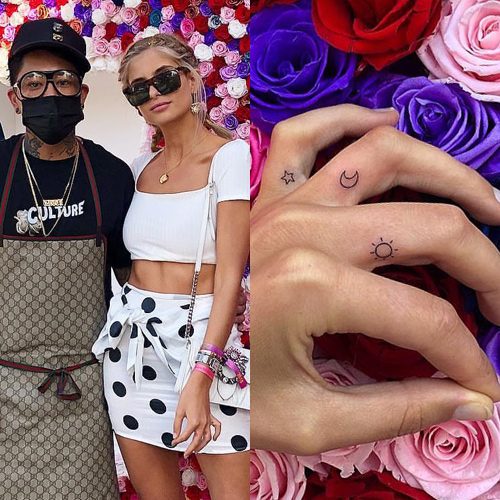 Xenia Adonts got her left fingers inked by Jon Boy with tiny outlined star, moon and sun. ⭐️ ? ☀️
This was her first tattoo as she mentioned on her Instagram account “Anzeige * Wow got my first tattoos. I believe in the universe. I believe that you attract what you send out. I believe that energy doesn’t lie. And that’s what all these tattoos mean to me ??? by the best of the best @jonboytattoo”.

END_OF_DOCUMENT_TOKEN_TO_BE_REPLACED 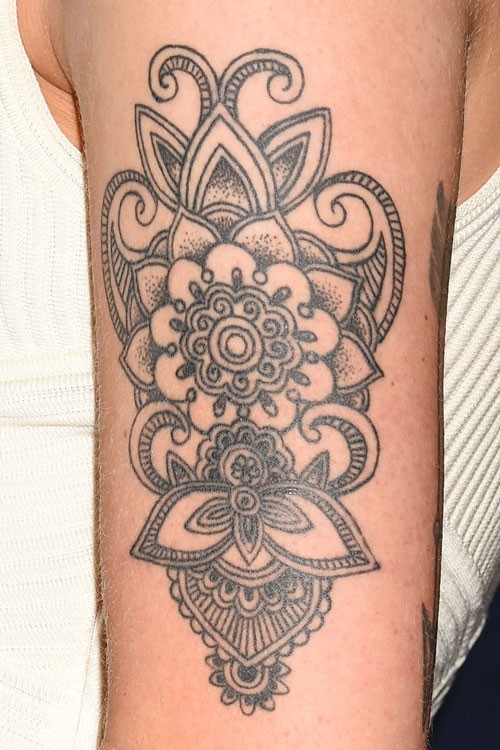 Ireland Baldwin has a beautiful mandala tattoo on her left upper arm. A mandala is a spiritual and ritual symbol in Indian religions, representing the universe. 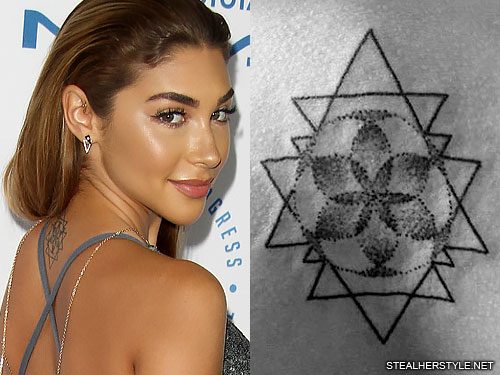 Chantel Jeffries has a geometric tattoo on her upper back.  The outside edge is made of overlapping triangles forming a solid black line, while the shaded dotwork interior is comprised of overlapping circles.

Both shapes are rooted in sacred geometry, the idea that certain shaped have divine meaning. The design of seven overlapping circles in a triangular lattice grid dates back thousands of years and can be seen in architecture from ancient Egypt, Greece, and Rome. In modern times it has become known as the Flower of Life.

The outline of her tattoo is a Sri Yantra, a symbol which can be found in Hindu temples. The traditional symbol is made of 9 triangles in various shapes and sizes which intersect to form 43 smaller triangles. Together they represent the totality of the cosmos and the human body. Chantel’s tattoo shows only the outer edges of the shape, so some of the interior triangles aren’t shown at all in her version.

Not all Sri Yantras share the same angles, and modern day researches have put a lot of effort in to coming up with an optimal version of the symbol. The design that Chantel used has plotted to placement of the triangles based on the Flower of Life — so the two symbols in her tattoo are actually connected to each other!