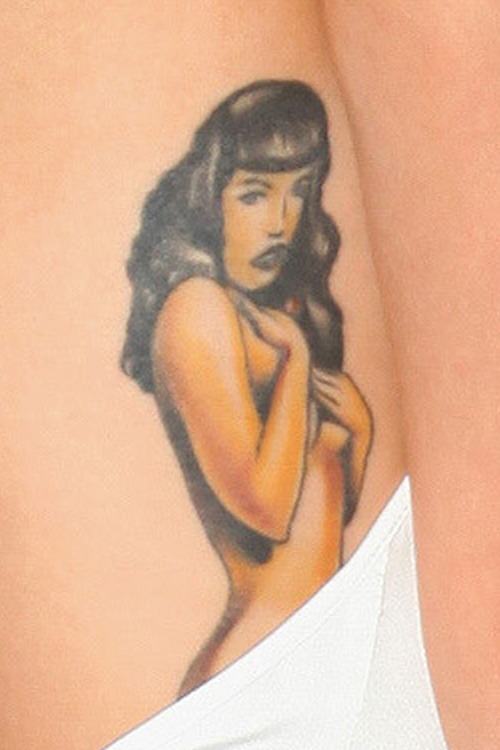 Jessica Jane Clement has a portrait tattoo on her right side of Bettie Page, the iconic 1950s pin-up model. Page is pictured nude, but covering her breasts with her hands. 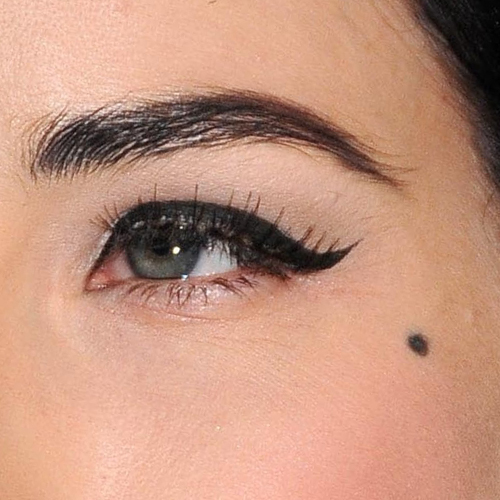 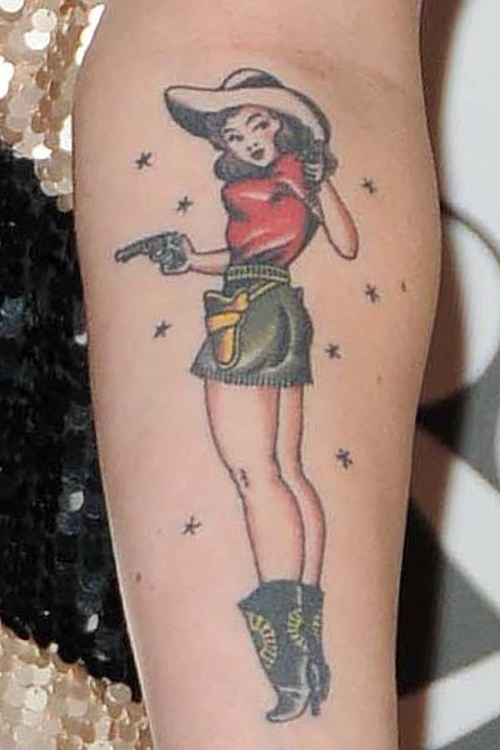 Michelle Branch has a large tattoo on her left forearm of a pin-up style cowgirl shooting a gun.  She got the idea for the western themed tattoo while working on an album with The Wreckers, her country duo with Jessica Harp.  “The cowgirl was inspired by the making of The Wreckers album,” she wrote. “Everyone thought I was crazy, but everyone thought I was crazy for doing this project. Every time I look at my arm, I remember being in the studio with Jess. It’ll always be my favorite,” she told People. 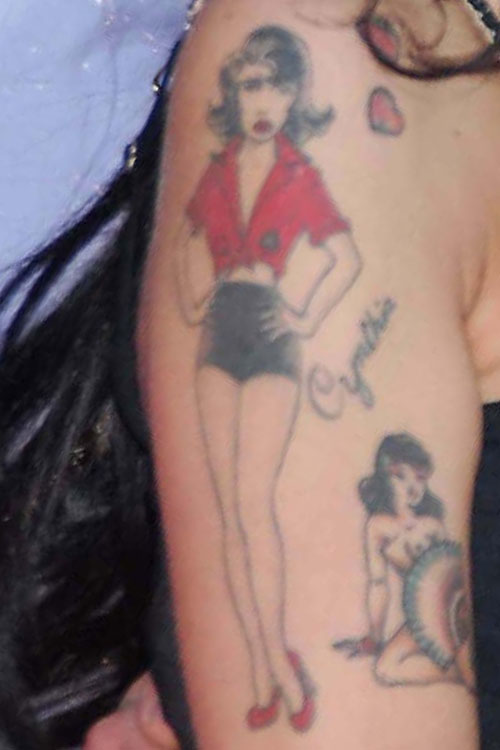 On Amy Winehouse’s right arm was a tattoo of a woman in retro, pin-up style clothing. The character wears a cropped blouse tied at the waist and high-waisted hot pants. 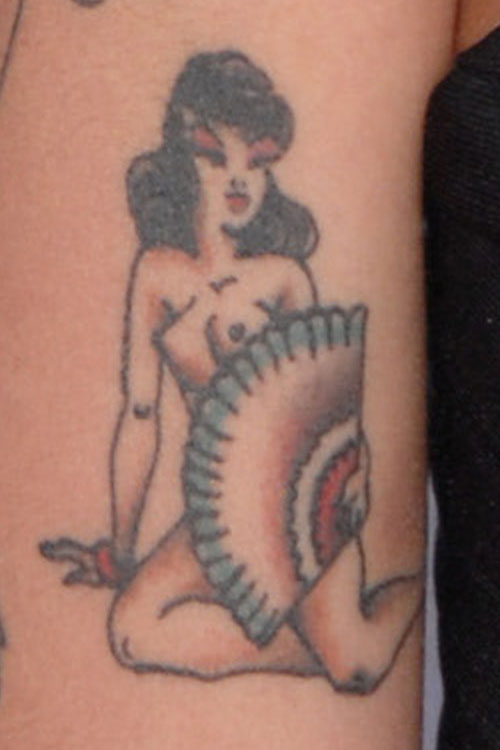 One of Amy Winehouse’s three pin-up girl tattoos was this nude woman partially concealed by a large fan.