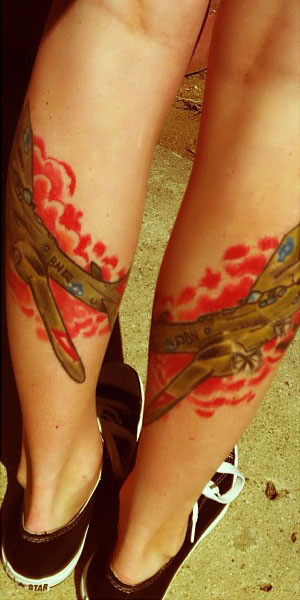 Carah Faye Charnow has a pair of fighter jets tattooed on the backs of her calves.  They are B-17 bombers, used mainly in World War II. 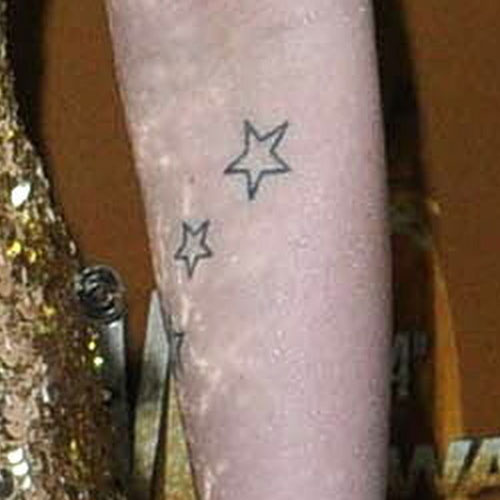