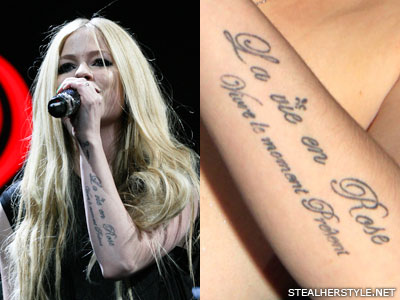 Avril Lavigne’s biggest tattoo yet is the writing on her left forearm which says “La vie en Rose / Vivre le moment présent”, which is French for “Life in Pink / Living in the moment.” She got this tattoo with her husband Chad Kroeger, though they weren’t yet dating at the time. Avril and Chad were working together writing songs for her self-titled album when she suggested the tattoos. Avril told Chelsea Lately “When I met him I was really surprised that he didn’t have any tattoos, so the second day in the studio I’m like, ‘I’m so getting you your first tattoo.’” The tattoos weren’t intended to be matching — originally Avril had just the first line “La vie en Rose” and Chad had “Vivre le moment présent,” but she later added the second line in order to match his. 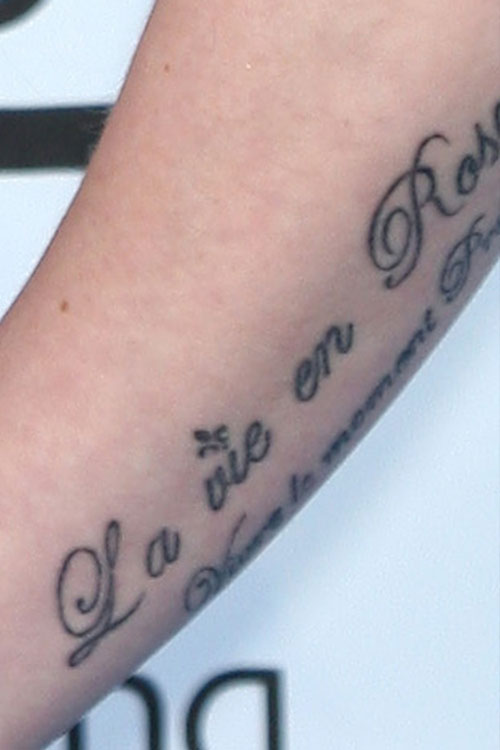 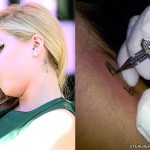 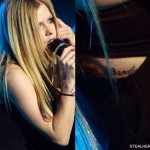 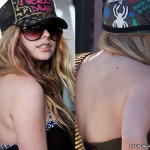 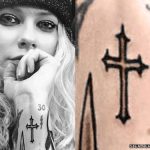 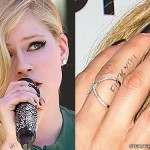 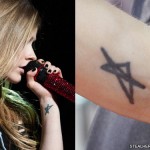