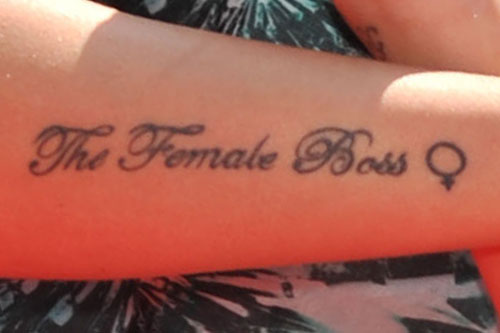 Tulisa Contostavlos’ most famous tattoo is her nickname “The Female Boss” on her right forearm with a female gender symbol (♀). Tulisa loves showing off this tattoo whenever she gets the chance. It’s even created controversy from critics who were concerned that her flashing of the tattoo on X-Factor constituted a product promotion for her fragrance TFB, which stands for The Female Boss. She responded “I was showing off my tattoo long before The X Factor. It’s always been my trademark and it’s always been my nickname.” 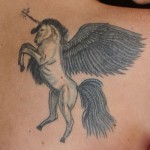 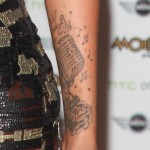 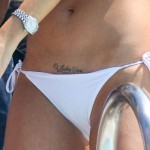 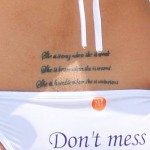