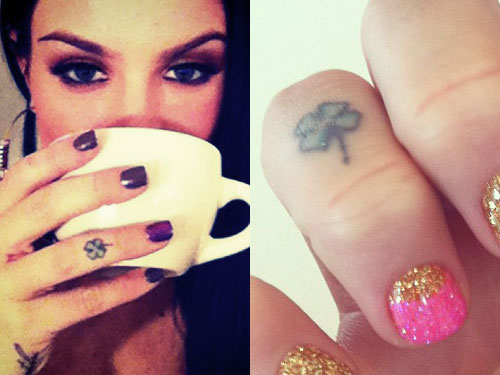 On JoJo’s right ring finger knuckle is a shamrock which she says “represent[s] my roots in Massachusetts.” Though she was born in Brattleboro, Vermont; she spent most of her childhood in Foxborough, Massachusetts along with Keene, New Hampshire. JoJo has other tattoos representing both states. Why a four-leaf clover? Massachusetts is a heavily Irish state, and JoJo is herself part Irish.

If you look closely… you'll see that my lashes are violet, and electric blue, with a couple golden yellow pieces scattered in there. If you look even closer… you'll realize that nothing is impossible. And I suck at captions. 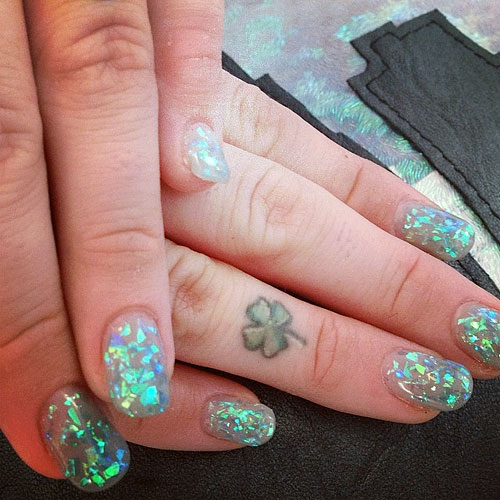 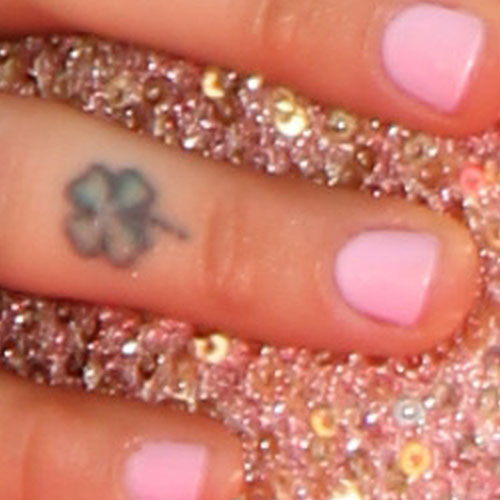 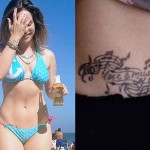 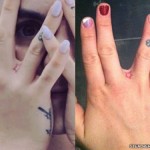 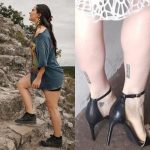 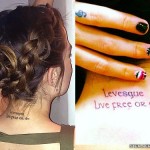 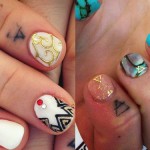 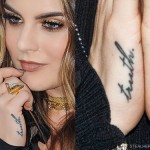