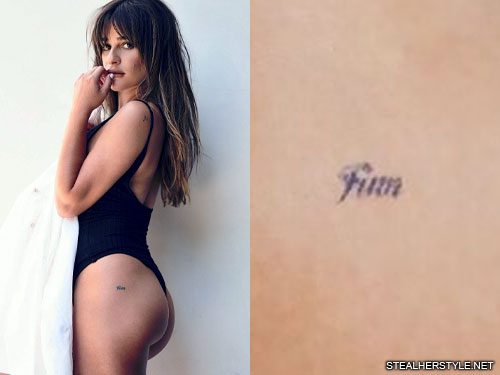 Lea Michele has “Finn” inked in small font on her left butt cheek. Finn is the character that her fiancee Cory Monteith, who is deceased, played on the TV show Glee.

On the show, Lea’s character Rachel and her friend Kurt decide to get tattoos in honor of Finn, in hopes that this would help them heal. Kurt decides to get “it gets better” inked, while Rachel claimed she backed out. Later in the episode, she lifts up her shirt to reveal her lover’s name in a delicate font tattooed on her side.

Many people didn’t see Lea Michele’s real-life “Finn” tattoo until her nearly-naked cover of Women’s Health magazine’s September 2016 issue; but she actually had this tattoo inked in 2011, before her late love passed.

So honored to follow in the great @chrissyteigen 's footsteps and grace this years cover of @ukwomenshealth Naked Issue ? I'm so proud of this cover and I'm so happy I can finally share it with you all! #confidenceissexy #healthyissexy 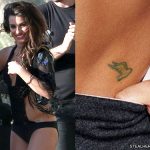 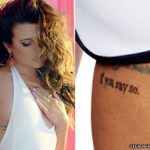 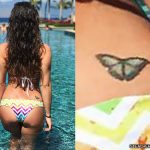 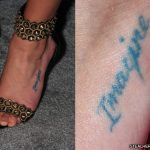 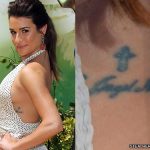 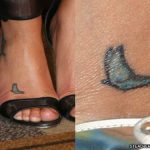