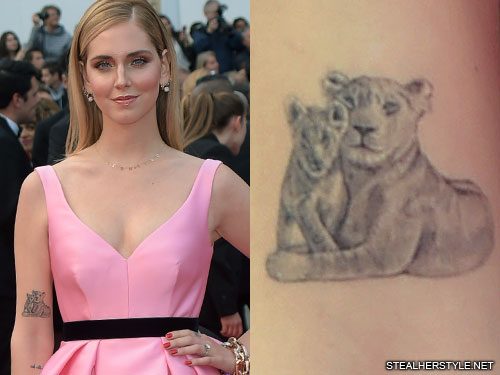 Chiara Ferragni celebrated the birth of her son Leone with a tattoo of lioness and cub on her upper right arm.

This tattoo relates to another lion tattoo that she has on the back of her arm.  She got the first tattoo of a male and female lion together to symbolize her hope for finding true love.  That was in August 2016 and she began dating Italian singer/rapper Fedez almost immediately after.  They became engaged in May 2017 and welcomed their first child in March 2018.  The lion tattoo is actually the reason that she chose to name her son Leone, which is the Italian word for lion.  So while the lion couple represents Chiara and Fedez, she wanted to add a new lion tattoo for her son.  Leone was born on March 19, 2018 and only a few weeks later she got this tattoo on her upper right arm of a mother lioness with her baby lion cub.

New in my office: this vintage @_thetrunk_ from Louis Vuitton ? #advertising #ItalianDays

Sunbathing from my own terrace in Milan ? @calzedonia #ChiaraWearsCalzedonia #calzedonia #advertising 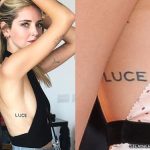 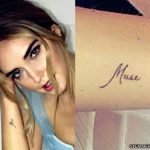 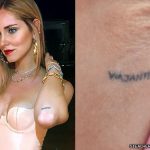 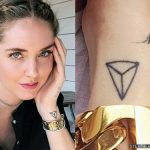 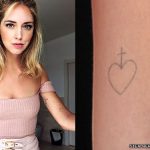 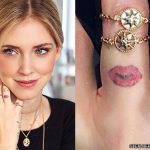