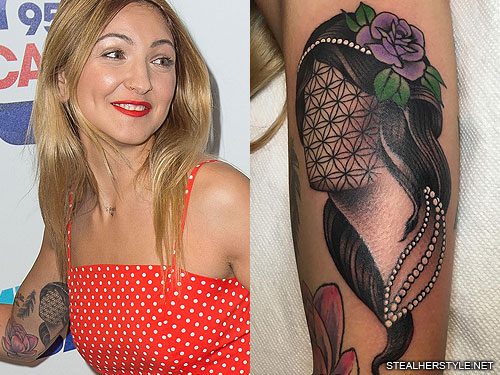 Julia Michaels has a faceless woman tattooed on her right upper arm. The portrait has a geometric pattern on her face, while the rest of it is very vibrant and colorful. The ink piece was done by artist Jim Sylvia across multiple sessions in February and March 2016.

Back then Julia was still writing songs for other artists and the concealed face symbolizes herself being unseen. She told Vevo:

I have this faceless woman here. It kind of, at the time, was describing my anonymity in the music industry…I’ve always kind of felt like this is who I am on the inside. Everything’s just kind of changed so much this year that I feel like this is me, this is me showing myself, this is me at my most vulnerable.

She made the transition to being a performer after she wrote her breakout hit “Issues,” a song that was so personal she couldn’t imagine anyone else singing it.

“I’m a very nervous person, and I’ve never really been much of a confident person. I think it took a song like ‘Issues’ for me to realize that [being a singer] was something that I wanted, and something that I’ve suppressed because I’m so fearful of it,” she told Jimmy Fallon.

She had been hiding her face from the world in large part because of her severe anxiety. In an essay for Glamour, she opened up about her journey towards overcoming the anxiety which had plagued her since she was 18 and caused her to have panic attacks. Putting her face out into the public eye was not easy for her, but she is happier now that she’s done it. She wrote:

When I see people sing “Issues” with me, it’s the most incredible feeling in the world…This is what I’ve always wanted. To be understood, to be heard. To be seen.

Theme:Being True To Yourself Career Music 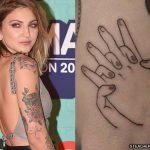 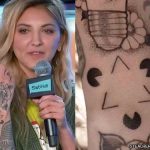 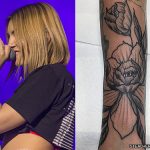 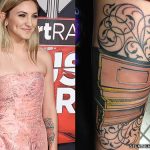 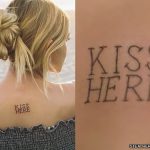 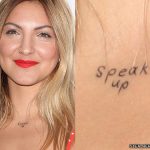