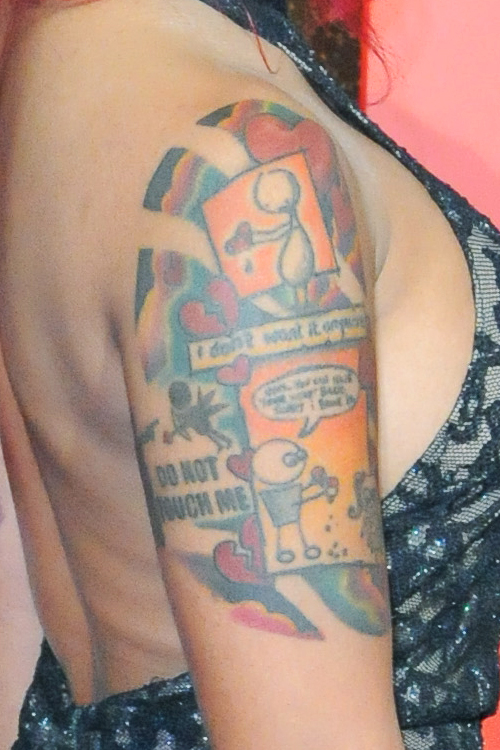 R&B singer K. Michelle has a large heartbreak-themed comic book tattoo on her upper left arm. The top panel features a figure holding a torn-out heart and proclaiming “I don’t want it anymore.” The bottom panel shows a male cartoon holding up two pieces of a broken heart while a female character kneels down in tears. The speech bubble says “Umm…you can have your heart back. Sorry I broke it.” Off to the left side of the tattoo is cupid shooting an arrow while a person points a gun at him saying “Do not touch me.”

The tattoo started out as just an outline each comic–first the top, then the bottom, and lastly the left side. Later on she had the tattoo colored in and added a background of colorful clouds and red broken hearts.

Though the general theme of the tattoo is depressing, K. Michelle wrote a positive message when she shared a picture of the ink. “After every heartbreak there will be sunshine. Where there is hurt there is HEALING!” she says.