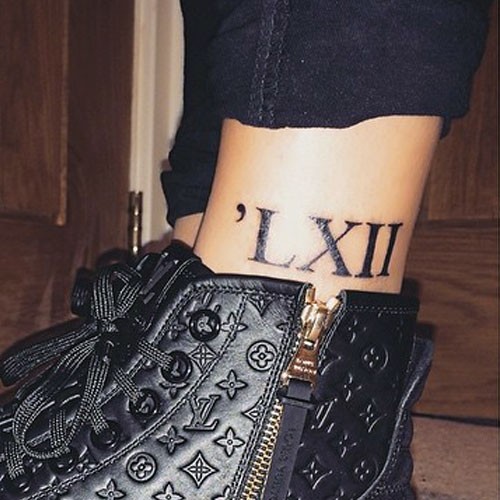 Parisa Tarjomani from the group Only The Young has a tattoo on her left ankle of the Roman Numeral ‘LXII which represents the number ’62. She got the tattoo in memory of her mother Sophia Tarjomani who was born in 1962 and died of lung cancer in December 2014. Tattoo artist Alfredo Guarracino did the inking at his London studio in April 2015.