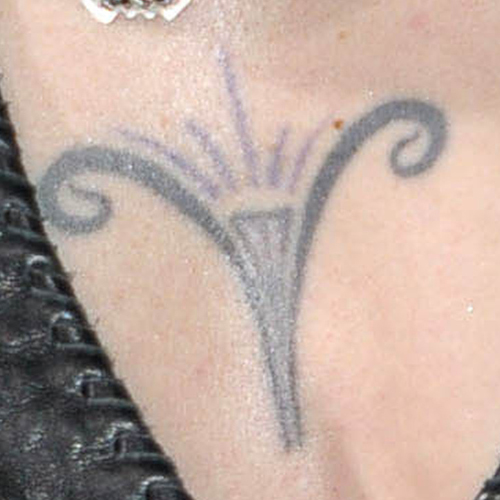 Joan Jett has a v-shaped swirl tattoo on her sternum to represent the presence of the divine in herself and in every person.  “This is an ornate V, with a diamond seed in the middle,” she wrote. “I read that 10,000 to 7,000 years ago, so of the first figurines that were discovered to represent divinity had this V mark on the chest. So I put one on me to remind myself that there is divinity in each of us.” 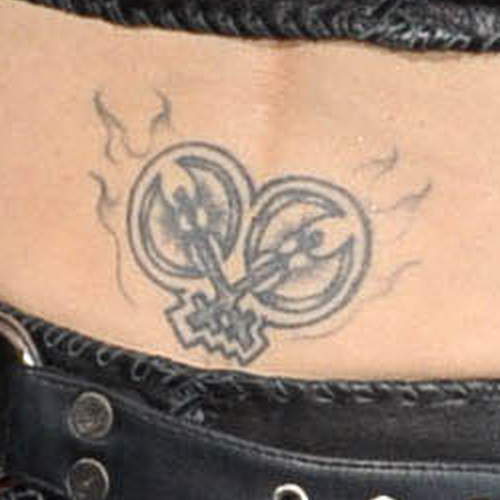 Joan Jett has a tattoo on her lower back of two crossing swords surrounded by flames. Specifically they are labryses, Greek double-edged swords. The crosses at the bottom of the handles and the outline around it are meant to look like a pair of female symbols. Joan is rumored to be a lesbian, but does not discuss her sexuality publicly. 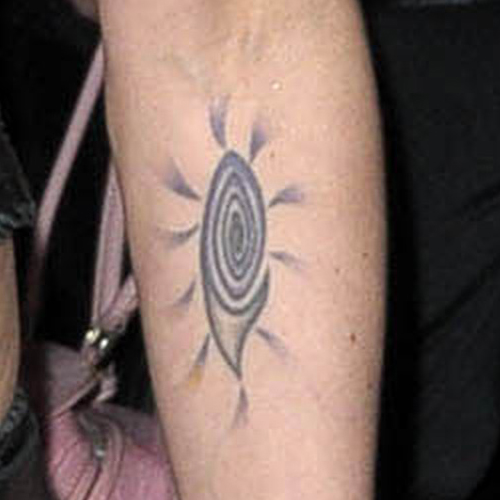 On Joan Jett’s left forearm is a spiral with rays eminating from it. “This represents un-manifest consciousness, or consciousness at rest, with the rays coming out representing possibilities,” she wrote. 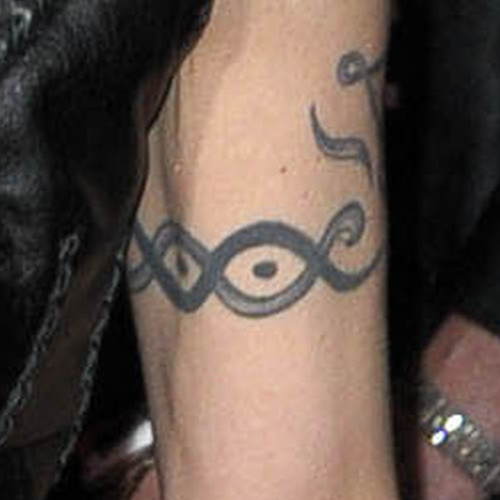 Joan Jett has an armband design around her left upper arm.  She describes it as “a figure 8 arm band on my upper left arm, and a triangle with loops and swoops above the figure 8 arm band.”