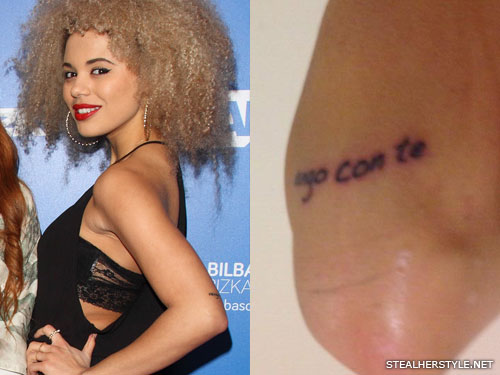 Jessica Plummer got a tattoo in November 2013 on the back of her left arm, just above her elbow. It says “vengo con te” which is an Italian phrase meaning “I am with you.” END_OF_DOCUMENT_TOKEN_TO_BE_REPLACED 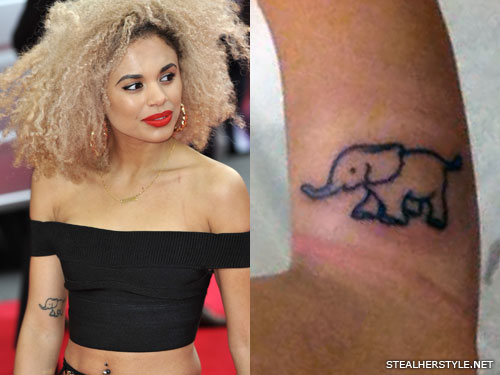 Jessica Plummer got an outline of an elephant tattooed on the inside of her right upper arm in November 2013. Elephants are one of her favorite animals and the tattoo also symbolizes being a part of the band. “I wanted a tattoo to represent Neon Jungle and also family, #ohana AND THEY LOVE PEANUTS!” she tweeted. END_OF_DOCUMENT_TOKEN_TO_BE_REPLACED 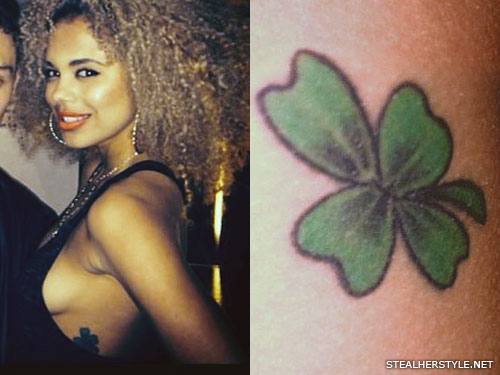 Jessica Plummer’s first tattoo was a green four-leaf clover on her left side, which she has had since 2013 or earlier. She got it done at Evil From the Needle in Camden Town, London.

END_OF_DOCUMENT_TOKEN_TO_BE_REPLACED

Evil From the Needle Four-Leaf Clover Side Traditional