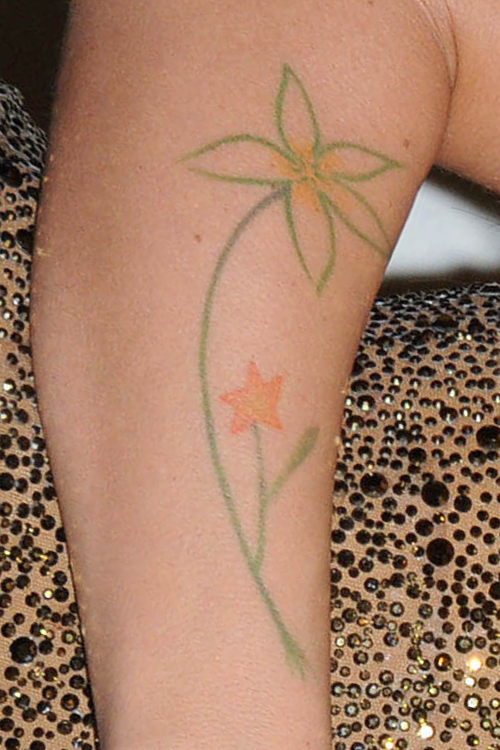 The flower tattoo on Colbie Caillat’s arm was done in multiple sessions with each flower representing one of her albums. She told world-wide-ed: “My flower tattoo, well this smaller flower I’ve always had for a couple years and that’s the logo for my first album CoCo. And then this new flower I got in Paris a couple months ago. And that is the Breakthrough flower for my new record. So this is the new logo for like all my merch, my T-shirts, on my CD. I had wanted it for a couple years and I new it was a big commitment getting a big tattoo on my arm so I made sure I still wanted it and I got it.” 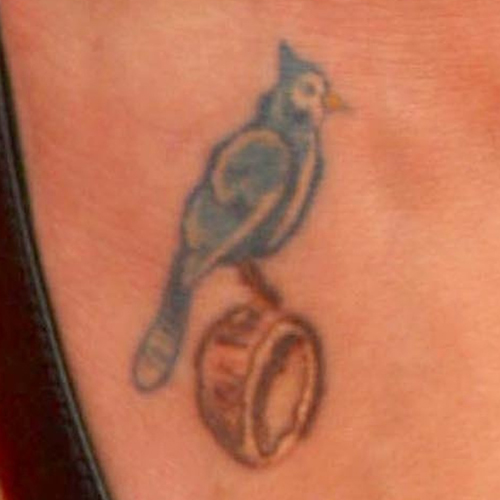 Colbie Caillat has a tattoo on her right foot of a bird perched on top of half of a coconut. It is a matching tattoo with producer Mikal Blue and co-writer Jason Reeves. The image symbolizes all of their nicknames: a coconut for Colbie’s nickname “Coco” and a blue jay for Mikal Blue and Jason (“Jay”) Reeves. The three have worked together on Colbie’s music for many years, and in 2012 they formed the writing and production team CocoBlueJay.