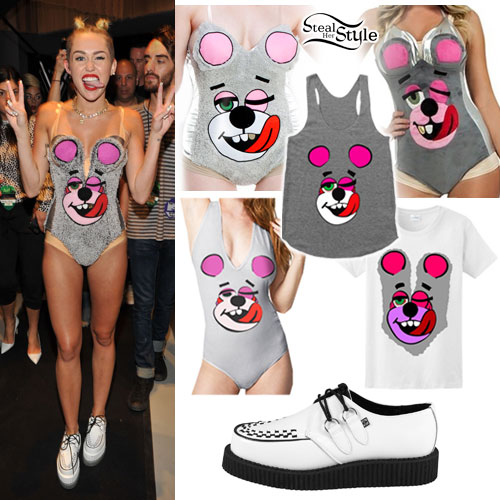 Miley Cyrus’ outfits from the MTV VMAs are bound to be a popular Halloween costume this year. The teddy bear bodysuit which she wore during her performance of “We Can’t Stop” has spawned a number of inspired costumes ranging from accurate replicas to tees and tanks with the bear face for the lazy. Listed clockwise from top left to center:

Miley’s exact leotard was custom-made, and if you are feeling crafty you can make you own with felt cutouts on a silver bodysuit like the American Apparel Babe Sunsuit ($66.00).

Her exact shoes are TUK White Leather with Black Interlace Low Sole Creepers ($75.00) were customized with white soles and a light-up base. 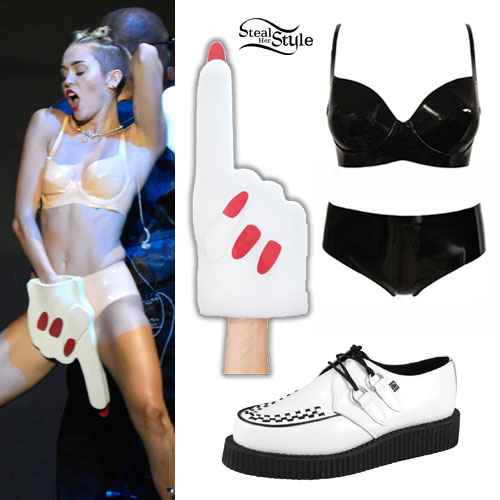 Miley danced alongside Robin Thicke during his performance of “Blurred Lines” wearing flesh-colored latex to mimic the naked dancers in his music video. Miley’s bikini set was made with a custom color just for her, but you can buy her exact latex Lady P Bra (£136.67) and Lady P Briefs (£49.16) by Atsuko Kudo in many colors including some similar fleshy tones.

Unfortunately we couldn’t find an inexpensive latex-look bra in her color, so you’ll have to settle for regular nude underwear. If you don’t already have a set you can pick up a cheap bra ($9.80) and panties ($4.80) at Forever 21.

Her foam finger with red nail polish was created by Lisa Katnic, and originally appeared in the “Blurred Lines” music video (at 1:30 – NSFW). You can buy a replica of the finger on Amazon ($13.99). 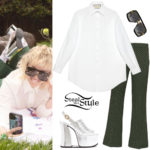 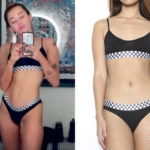 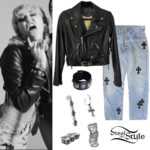 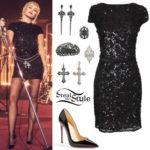 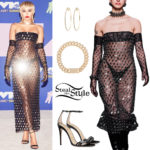 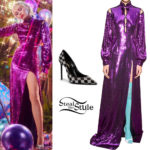 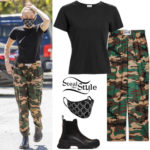 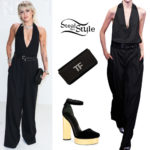 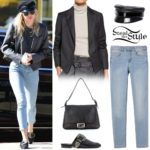 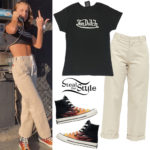 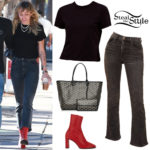 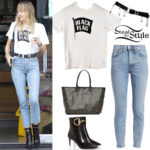