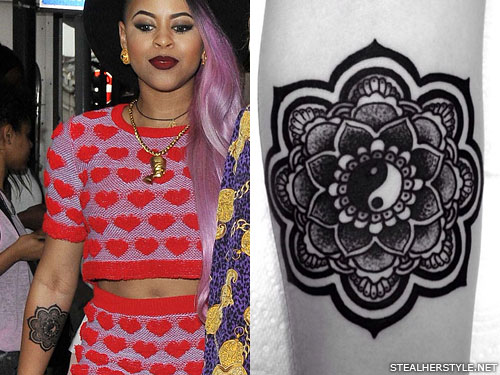 Amira McCarthy gave her own twist to a traditional mandala design by putting a yin-yang symbol in the center. The mandala is a symbol that represents the universe in both Hinduism and Buddhism, while the yin-yang (also known as a taijitu) is a Taoist symbol which represents opposites existing in harmony. Artist Archie at Hammersmith Tattoo did the tattoo in July 2014. 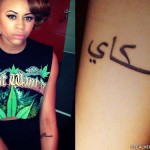 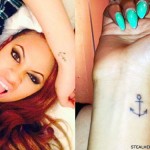 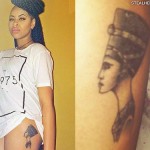 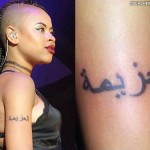 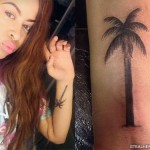