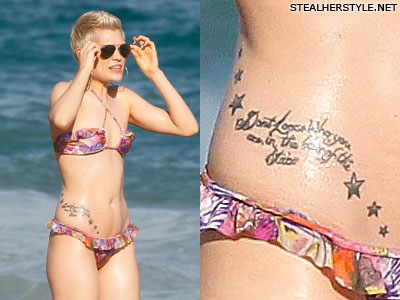 Jessie J has a tattoo on her right hip that says “Don’t loose who you are in the blur of the stars” which is a line from her song “Who You Are.” Unfortunately there is a mistake in the tattoo as it should say “lose” instead of “loose.” Jessie has admitted that she is to blame for the typo. “I wrote it out wrong…My fault,” she says.

She has mixed feelings about the spelling error — on the one hand the song “Who You Are” is all about embracing imperfections, but she’s still frustrated by it. She joked to Elle magazine “The worst thing is, so many people have got it tattooed so better than I have. Ah well, maybe I can create a whole new meaning.”

There are three stars on either side of the writing, bent upwards in the back and downwards in the front. 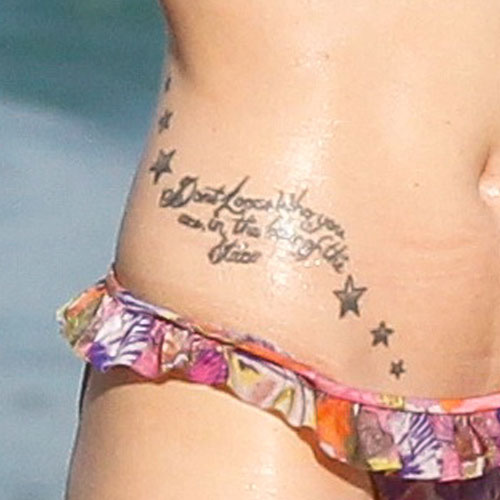 Theme:Being True To Yourself Lyrics 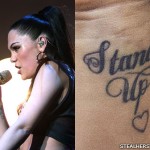 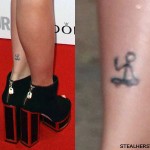 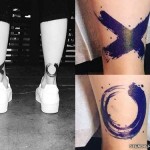 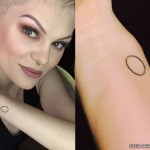 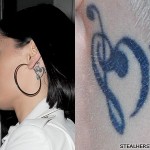