Neon Hitch has “Gypsy” tattooed on her wrist as a symbol of pride in her Romani heritage. Though gypsies are often looked upon with hatred, Neon is proud of her culture and says “I’m trying to stand up for my community and prove we’re not all bad.”

Neon has added onto the tattoo multiple times. It started out with just the word “Gypsy.” Then she added shapes in red-brown ink including an Eye of Horus which is an Egyptian symbol of protection. In October 2012 she had the symbols drawn over in black ink and altered some of the shapes, transforming the circle and square into spirals. She also added an outline around the whole tattoo at this time. The most recent addition was in September 2013, at the same that she got the swirl tattoo on her hand. She put a row of tiny swirls above the Gypsy tattoo to tie together both inkings. 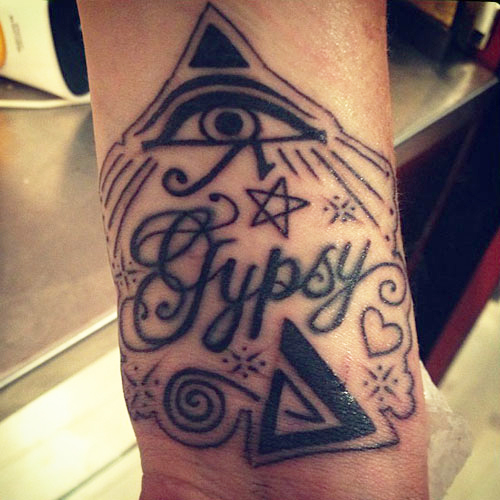 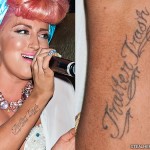 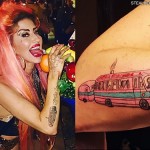 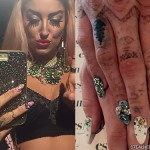 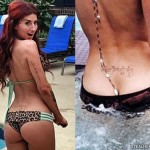 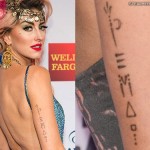 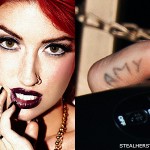