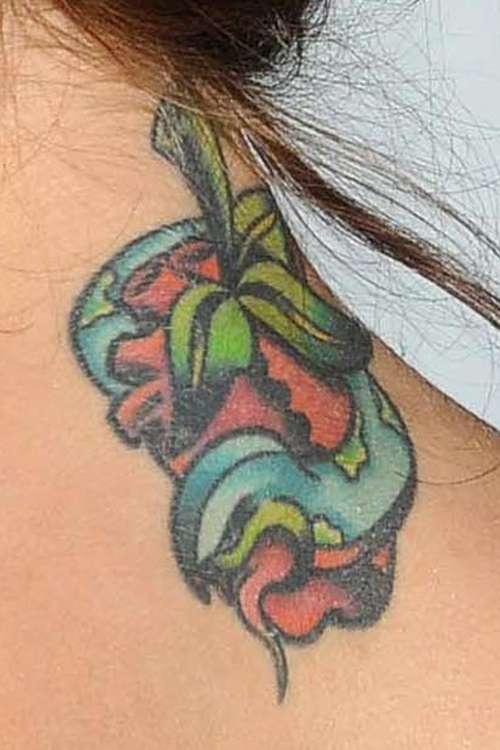 Audrina Patridge has a colorful tattoo on the back of her neck that represents the biblical story of Adam and Eve — but with her own twist.  The red portion is a human heart with a stem and leaves, a combination of humanity and the forbidden apple from the Tree of Knowledge.  Wrapping around it is a blue serpent to represent the one that tempted Eve to eat the apple. “My tattoo is a heart with four chambers that turns into an apple with a snake around it,” wrote Audrina. “It symbolizes the story of Adam and Eve…and also temptation and destiny.”