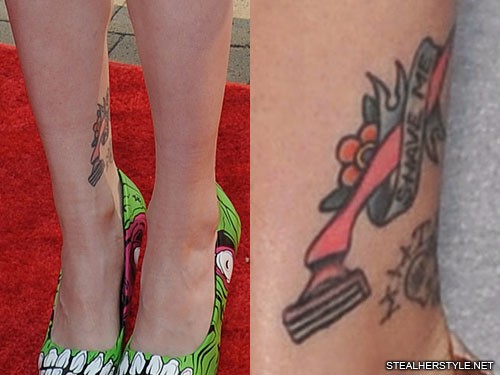 Hayley Williams’ first two tattoos are both on the inside of her right ankle. Both tattoos were revealed on Paramore’s South American tour in October 2008, though it is not known exactly when she had them done.

Hayley got a tattoo of a pink razor with a banner that says “Shave Me” because she rarely shaves while on tour. She told Spin, “On the Warped Tour a few years ago, if I wore shorts or if I wore my pants rolled up, someone by the end of the day would have written ‘Shave me’ on my ankle. So I was like, ‘I’m going to have to get that tattooed so you guys won’t have to do it anymore.'”

The tattoo has a deeper meaning than being just a reminder to shave more — it’s a reminder of the touring lifestyle and being on the road. Hayley writes, “I have this ‘reminder’ tattoo on my leg. Sort of a tribute to my days of touring and living like one of the boys. It says ‘shave me’ in a neat little banner… but I don’t think it’s going to help this time!”

She also got a patched heart with the letters “HHT” for “Hurting Hearts Tour” after hanging out on tour with New Found Glory. 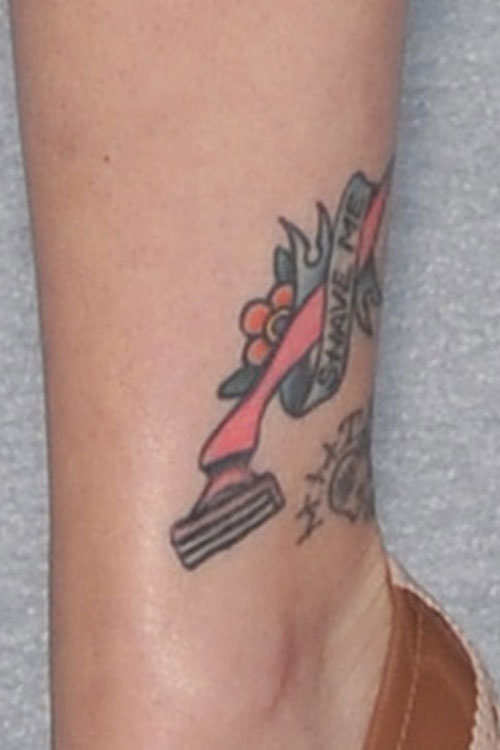 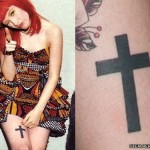 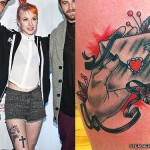 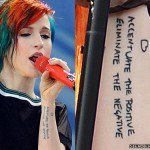 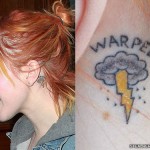 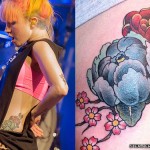 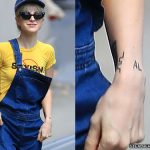