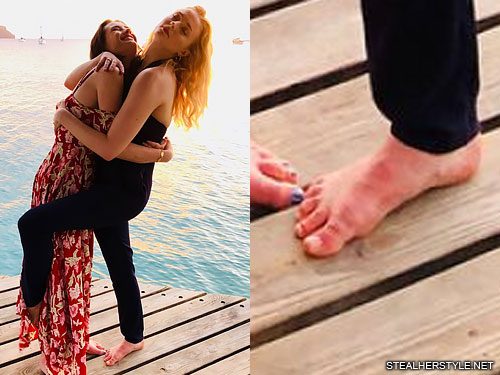 Sophie Turner revealed in a June 2018 appearance on The Late Late Show with James Corden that she had recently gotten a tattoo of her brother’s initials on her toes:

To be honest I was having like a bit of a party in Australia at this house and we were all watching the football.  And we all decided to just get tattoos while we were watching the football and drinking beer.  It was so badass….And I got my brother’s initials tattooed on my big toes.

We haven’t been able to see the tattoos yet except for a tiny glimpse in an instagram photo. 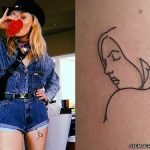 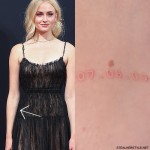 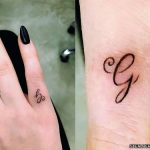 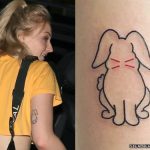