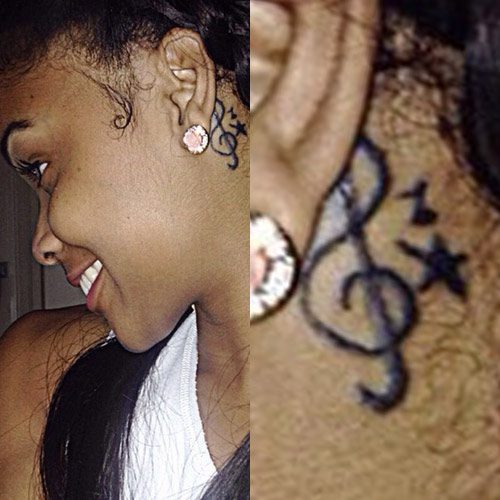 Ajiona Alexus got this tattoo behind her left ear in October 2014.  It is a large treble clef with a small music note and star behind it.  The simple black ink design has a hand-drawn look to it.

Although she is best know for her breakout role as Sheri Holland on 13 Reason Why, Ajiona is a singer as well an actress.  She released her debut 2-song mixtape Radio Ready back in 2012 and has been hustling ever since, often posting covers on her YouTube and SoundCloud pages.

“People come & go…but music is EVERLASTING!!!,” she once tweeted. 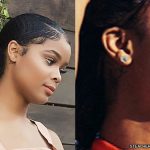 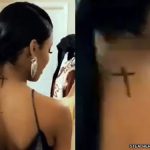