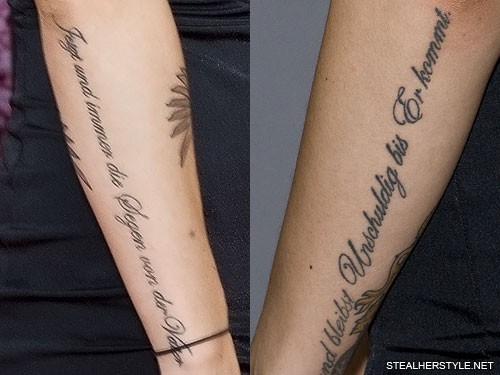 Lights has a tattoo across both of her forearms of lyrics translated into German.  It reads “Jetzt und immer die Segen von der Vater und bleibst Unschuldig bis Er kommt” which translates roughly to “Now and always have the blessing of the father and remain blameless until the end,” though it’s not quite grammatically correct. Lights has said she likes tattoo because the German word for “father” which is “Vater” makes her think of Darth Vader from Star Wars.

TWO new clips hidden in @skinandearthworld for the release of Skin&Earth issue 3 this week! Here are your clues: 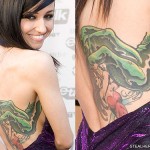 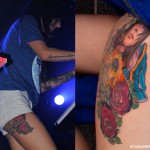 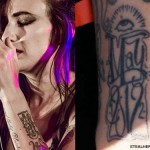 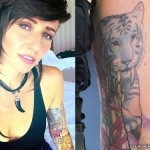 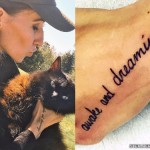