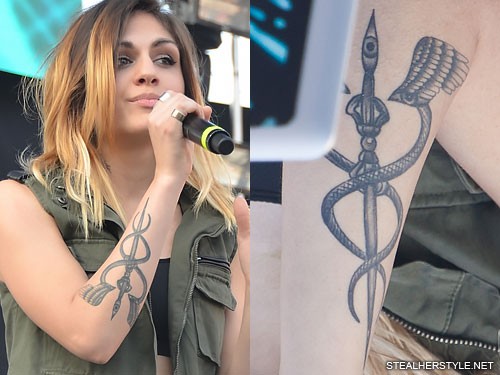 On the outside of Jahan Yousaf’s right forearm is the Vajra Brush, a work of art by Alex Grey. The piece symbolizes the spiritual nature of art. At the center of the drawing is a combination of a paintbrush and the eastern spiritual symbol Vajra. Two winged snakes wrap around it, similar to the Caduceus symbol. Though it is often used as a symbol of medicine, the Caduceus represents occupations associated with the Greek god Hermes.

The artist explains a means that the meaning of the vajra paintbrush is “to awaken people to their own essence through the light of higher vision. The entire history of art is an expression of universal creativity that invisibly surrounds and supports every creative act. The vajra is a spiritual device, a thunderbolt scepter owned by the Hindu god Indra and adopted by the Buddhist sages as a symbol of the diamond-like clarity and brilliance of the mind’s true nature.” 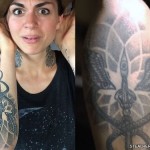 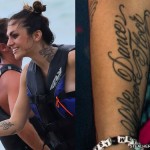 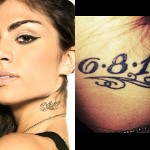 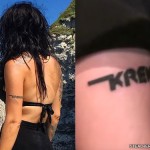 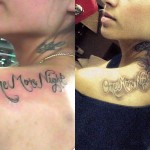 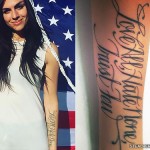