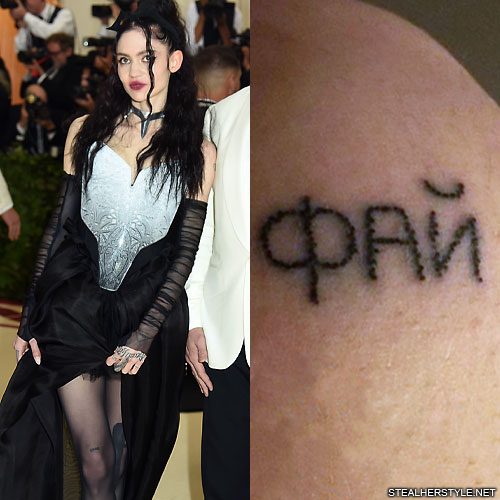 Grimes gave herself a stick-and-poke of three Cyrillic letters on her knee in September 2017. It’s placed upside down so that it faces towards her, which makes sense seeing as it was a DIY tattoo.

It seems that she meant to write “fae,” but it’s more of a transliteration than a translation. Her tattoo “ФАЙ” is pronounced like “fae,” but the actual word for fae/fairy in Russian is “ФЕЯ.” Coincidentally, her version looks more like the Russian word “РАЙ” meaning “paradise.”

Fae is an old English word for fairy, but Grimes has been using it to describe music that gives off fairy vibes. She curates a playlist called “the faé list” and has applied her own artistic backstory to the sound, writing “The fae are the children living at the end of the world, who make art that reflects what it’s like to live knowing the earth may not sustain humanity much longer. We live knowing that environmentally driven genocide is nigh, that the least equipped are to be struck down by the very earth itself. Repentance by the innocent for the sins of the rich. This does not mean that all fae art is directly about this, but that the influence of this reality is inescapable for the fae.”

END_OF_DOCUMENT_TOKEN_TO_BE_REPLACED 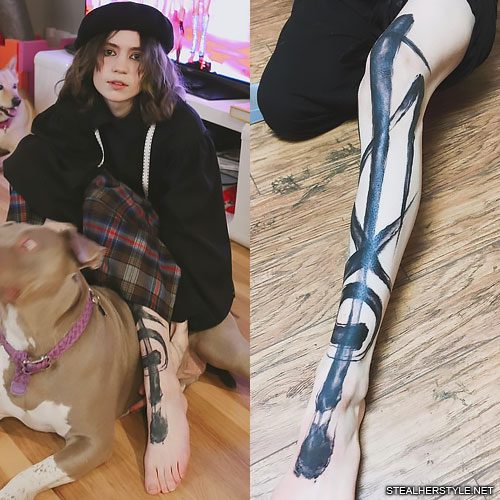 Grimes got this huge brushstroke tattoo on the front of her left leg from London-based artist Delphine Noiztoy at LoveLetters tattoo parlor in Los Angeles in January 2017. The creative blackwork design stretches from just above her knee all the way onto the top of her foot. The brushstrokes spell out the letters “тихо” which means “quiet” in Russian.

END_OF_DOCUMENT_TOKEN_TO_BE_REPLACED 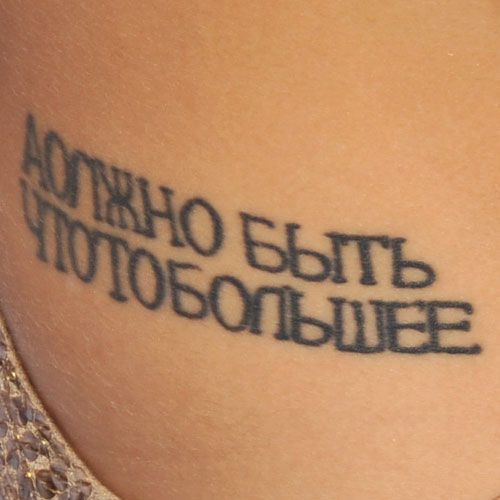 Nikki Reed has a tattoo on the right side of her ribcage which says “должно быть чтото большее,” Russian for “must be something more” 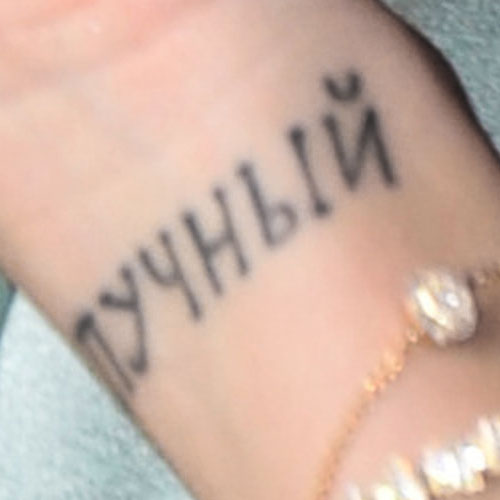 The tattoo on Nikki Reed’s left wrist is the Russian name of an ex-boyfriend, a ballet dancer whom she met while she was living in Russia. In 2011 she began the process of laser tattoo removal to rid herself of this tattoo.