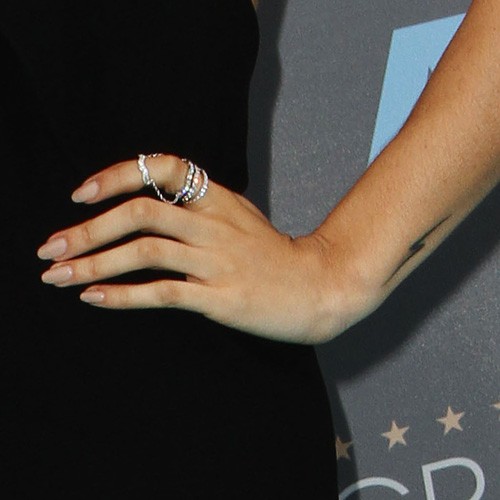 Cleopatra Coleman attends The 21st Annual Critics’ Choice Awards in Los Angeles on Sunday, January 17th, 2016. In an older interview, she said that the lightning bolt tattoo was influenced by the Patti Smith, she has one on her knee done by an Australian named Vali Myers. She also said that it’s on the left side for her feminine power.