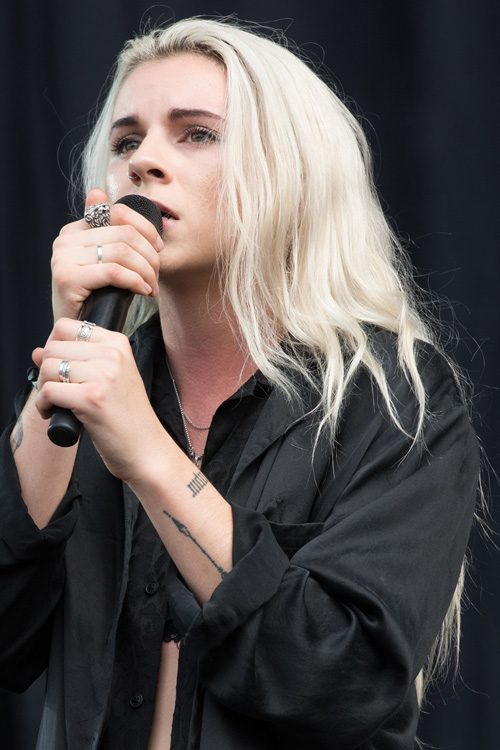 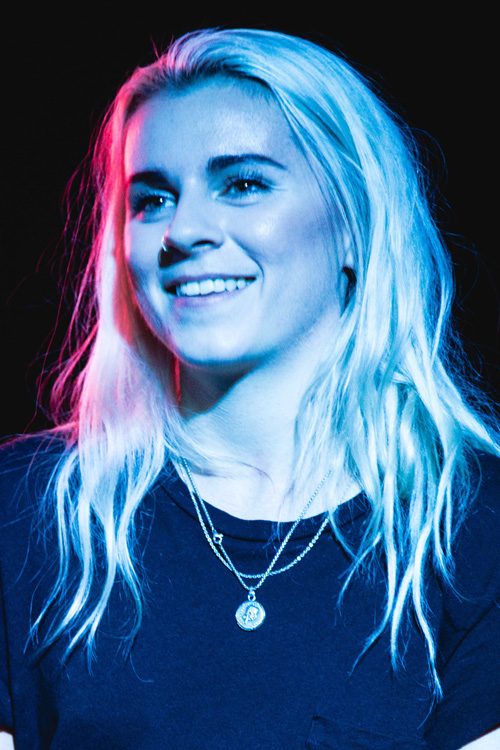 Lynn Gunn of PVRIS performing and signing their new album ‘All We Know Is Heaven, All We Need Is Heaven’ at HMV Oxford Street in London, United Kingdom on Friday August 25, 2017. 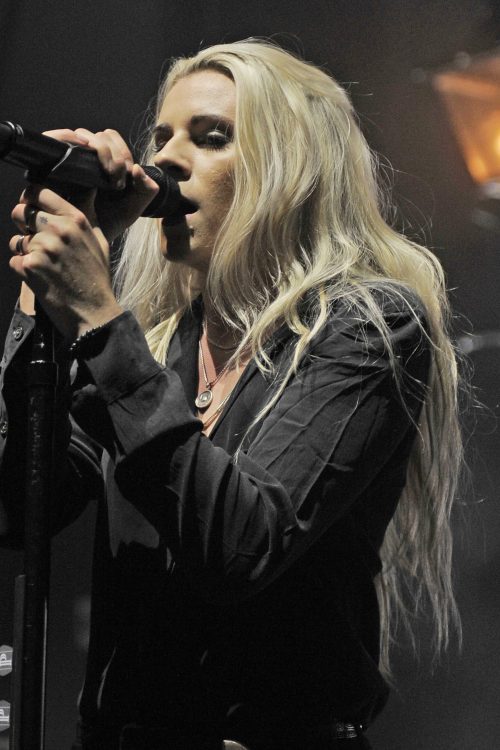 PVRIS performs live at Shepherd’s Bush Empire in London, United Kingdom on 5 May, 2017. 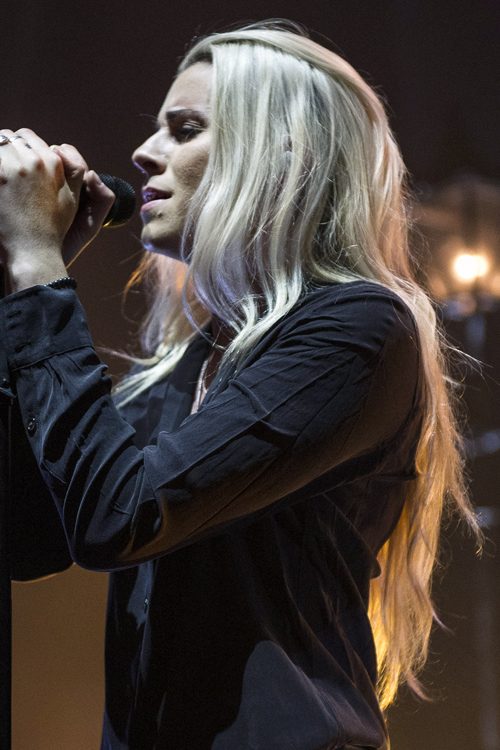 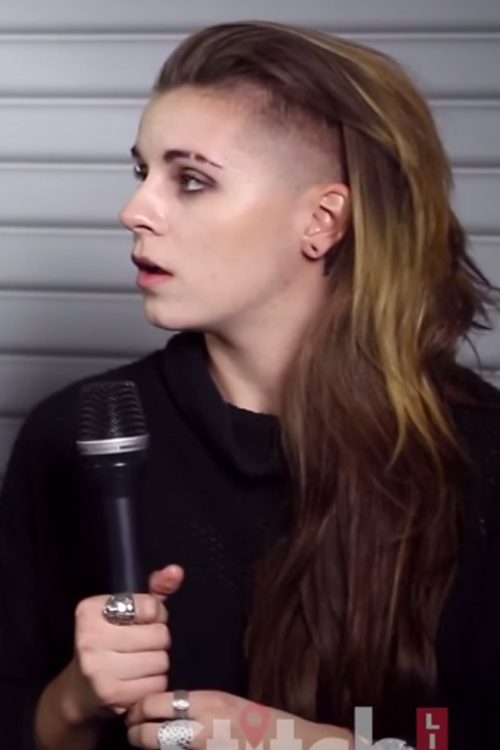 Lynn Gunn wore her long layered brown hair on the left side at PVRIS Interview at Lump Of Coal 2015. 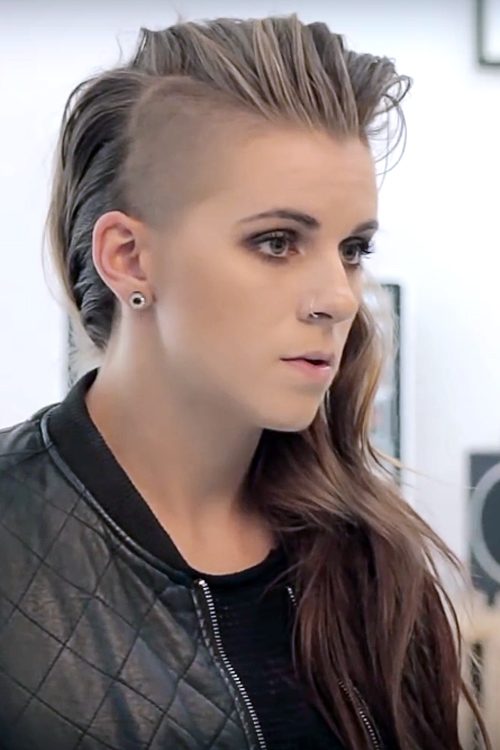 Lynn Gunnwears her long wavy hair on a side to better reveal her side cut for a photo shoot – Behind The Scenes: PVRIS Photo Shoot. 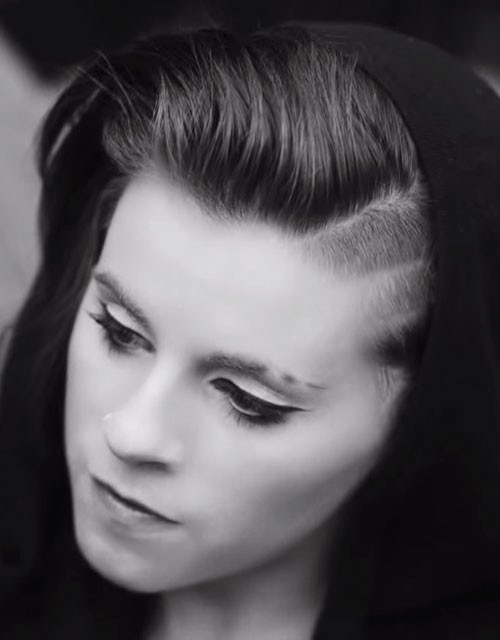 Lynn Gvnn has shaved stripes on the left side on her hair, show here in PVRIS’ “My House” music video. There is a patch which is about a quarter inch long, and through it are two stripes which are shaved down to the scalp. It matches the shaved stripes in her left eyebrow. 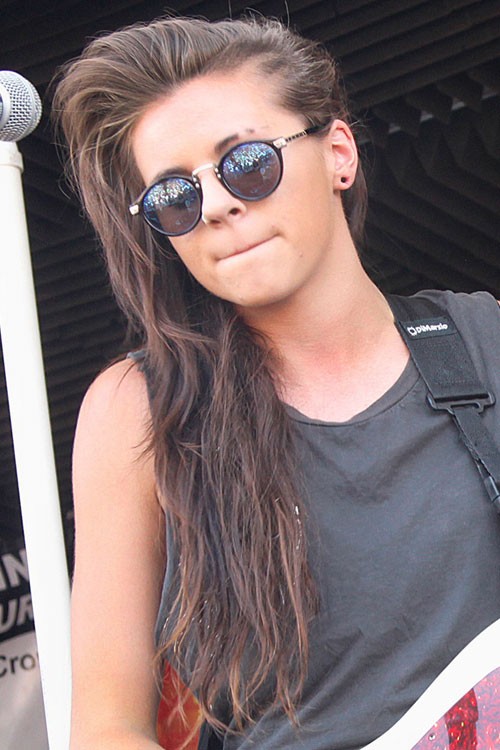 Lynn Gunn has two shaved stripes on the side of her head. She parts her hair on the left side, just above the shaved patch.

PVRIS on stage at the 20th Warped Tour at Susquehanna Bank Center in Camden, New Jersey on July 11, 2014