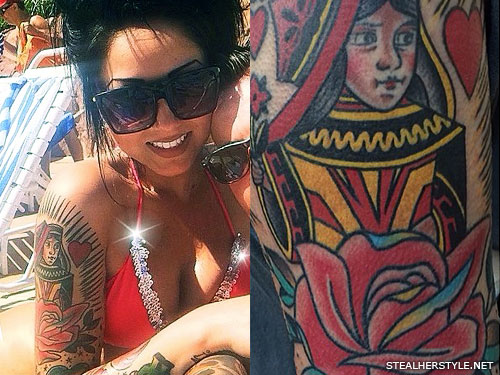 Melissa added the first large piece to sleeve in August 2013, though she didn’t have it colored until much later. It’s a queen of hearts playing card with a rose at the bottom, outlined by Jesse Mora. She writes: “started outlining my sleeve. my take on “all hail the heartbreaker.” so many meanings behind this tattoo, you have no idea. I love it. thanks @tat2jesse.”

Artist Mikey Tedesco took over the coloring of the tattoo, beginning with the rose at the bottom in January 2014. He redid the black outline making it thicker and colored in the rose with red ink, using blue and yellow on the underside of the petals for contrast. He writes “Did not start this piece but redoing it all started with the rose :)” He completed the coloring of the queen of hearts at a separate session in February 2014.

All hail the heartbreaker 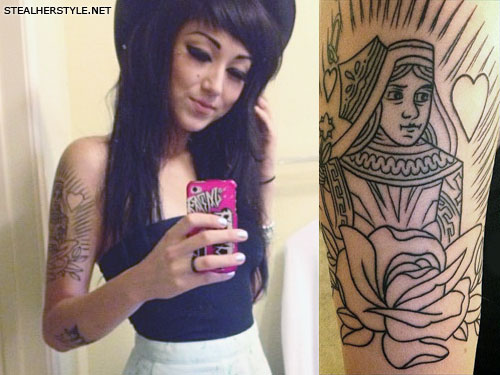 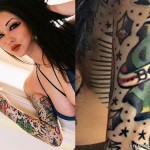 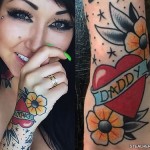 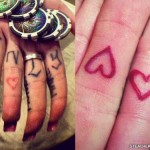 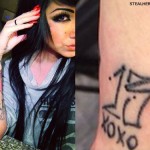 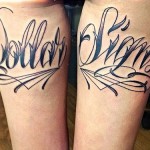 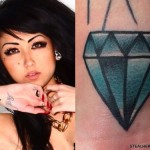