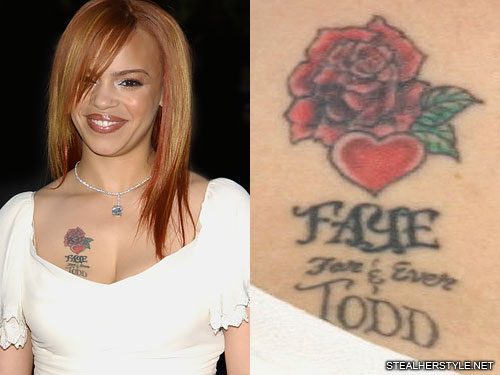 R&B singer Faith Evans commemorated her marriage to record label executive Todd Russaw with a tattoo on her chest that says “Faye & Todd For Ever” with a rose and heart. Unfortunately their relationship was not forever as the tattoo proclaimed, and they filed for divorce in 2011 after 14 years of marriage.

The rose itself is a cover-up of another tattoo. Looking closely, there are some black letters that can be seen through the red ink. Her original tattoo was “BIG ❤ Faye” for her husband The Notorious B.I.G., who died in 1997. She added the rose to cover-up BIG’s name, while leaving the heart and her own name visible.

She began dating Todd in 1997 while she and BIG were separated.  They married in 1998 after Biggie’s death and she changed the tattoo shortly after.

Faith is still sporting Todd’s name years after the divorce and we don’t know if she has plans to ever cover or remove it. She remains in close contact with Todd as the former couple have two children together. 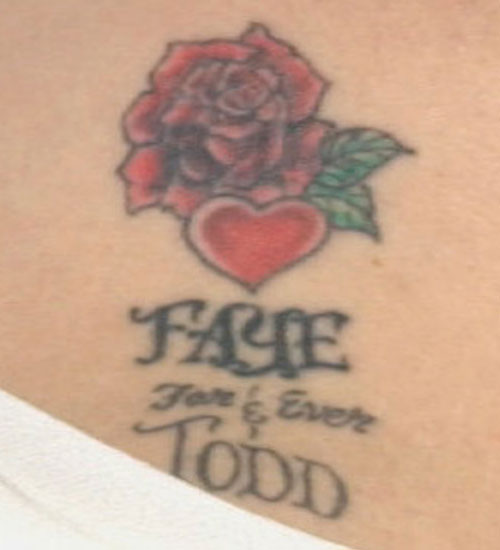 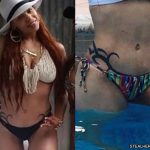 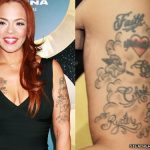 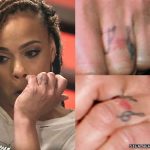 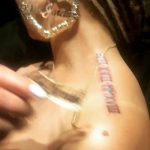